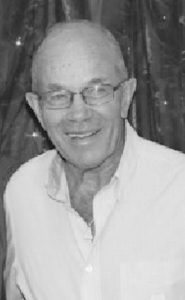 HERMAN JOHANNES STROEVE, of Picture Butte, beloved husband of Elizabeth Stroeve, passed away peacefully and surrounded by his family at the Coaldale Health Centre on Thursday, December 13, 2018 at the age of 76 years.

Herman is survived by his three daughters, Theresa (Dino) Pasquotti, Shirley (Ed) Stronks and Dolores (Cam) Wright, his daughter-in-law, Andrea (Trevor Sawa) Stroeve-Sawa and his mother-in-law, Margaret Oslanski. Also left to cherish his memory are his 11 grandchildren and two great-granddaughters.

He was predeceased by his son, Eddy Stroeve, his parents, John & Anna Stroeve, his siblings, Jerry and Diane and his father-in-law, Charles Oslanski.

The Stroeve family immigrated from Holland in 1956 with 11 brothers and sisters. His youngest sister was born shortly after they came to the beautiful country of Canada. Herman was a young man of 14 years at that time and he enjoyed the many different seasons, mountains and especially the coulees.

On October 23, 1965, Herman married the love of his life, Elizabeth. Together they began their journey. In 1967, the Stroeve boys bought their farm and started their dream. Herman was passionate about his feedlot and growing different crops. His zest for life included his family, his faith, camping in Christina Lake, traveling, hockey, curling, golf, hunting and his love for music.

Herman was very active in the community and served on many committees, such as the Knights of Columbus and Alberta Beef. He also helped build the Sportsplex in 1980/81. Opa loved God’s creations and taught us all to be grateful to live in a beautiful country.

In 2016, Herman began his farewell journey at the Coaldale Health Centre. The family would like to thank all of the doctors, nurses and staff for their compassionate care given to Opa throughout the last two and a half years.

Following the Funeral Mass, Herman will be laid to rest at Mountain View Cemetery during a Private Family Graveside Service.