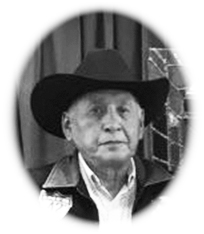 It is with great sadness and sorrow that we announce the sudden passing of our beloved husband, father, grandfather, brother, and uncle RODERICK WHITE QUILLS. Rod passed away at home on Tuesday, January 1, 2019 at the age of 74 years.

Rod was born to Paul and Fanny White Quills at the Blood Indian Hospital and was raised in the Bullhorn area on the Blood Reserve. Rod received his early education at the St. Mary’s Residential School eventually becoming a supervisor before moving on and working as a ranch hand at the St. Josephs Farm near the St. Mary’s Residential School. Later in life he pursued a higher education, obtaining his journeyman certification as an electrician.

Rod was a hard worker and always made sure to do his best in whatever endeavor he pursued. Throughout his schooling Rod played numerous sports excelling in Basketball and Hockey. It was here that he met many of his lifelong friends who, he affectionately referred to as his brothers. Rod also participated in Rodeo, especially in the calf-roping event; a passion he passed on to his youngest son Mike.

Rod met his lifelong companion, Audrey, and together spent the next 44 years building a life that was dedicated to their family, especially their grandchildren. From the moment Rod became a father, he always made it his priority to work hard and provide a solid foundation for his family. Rod was incredibly proud of his children and taught them to take pride in all that they did and to always ensure that they lived up to their full potential in whatever endeavor they pursued. Rod loved his children. There was never a moment or meeting when he did not show them how much he loved them. Among the many gifts Rod gave his children, his greatest gift was teaching his children to have faith. He always made sure to remind his children that in life there would be many challenges but through faith and hard work they would overcome these challenges. Rod’s greatest joy was when he became a grandpa. His grandchildren were the light of his life. His love for them was immeasurable and he made it his life to be a part of every milestone especially when it came to watching them play sports. His weekends consisted of numerous hockey games and watching his beloved Toronto Maple Leafs on T.V. It was here that he was most happy and content. Later in his life, Rod enjoyed travelling with his baby Mike to rodeos all over Alberta and the midwestern United States.

Rod made his Crusillo in 1983; it was through the crusillo movement where his relationship with God was strengthened. It was also through this movement that his faith and spirituality grew immensely. Rod was devout in his Catholic faith and made sure his family was raised with these beliefs ensuring his children were up every Sunday in order to make mass at 11AM in Moses Lake. One of his best memories was when he and Audrey took a pilgrimage to Europe in 1999.

Rod was a simple and humble man. To those who knew him he was the person who always had a smile for everyone he met. He made an impact on all those who knew him. His house was everyone’s house, especially to the friends his children brought home on a regular basis. His children’s friends became his kids. Rod took pride in coaching his eldest son throughout his minor hockey career. Through this, he affectionately referred to his sons teammates as his “boys”. As his youngest son began his hockey career, Rod could always been seen coaching from the stands or behind the chutes. Dad was our toughest critic and biggest fan. In his later years, he could be seen tending to Mike’s horse, mowing his lawn in the summer, or caring for his faithful dogs.

Rod will be laid to rest in the Blood Band Cemetery, with a Feast to follow at Senator Gladstone Hall.