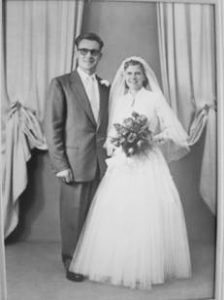 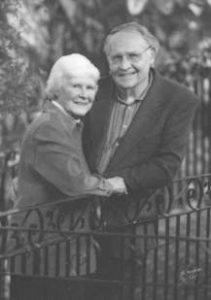 Anne Boldt, of Lethbridge, beloved wife of Menno Boldt, passed away peacefully at Good Samaritans West Highlands Centre on December 31, 2018 at the age of 86 years.

Anne was born on July 6, 1932 in Ewelme, Alberta.  She began teaching in a one room schoolhouse in Alberta and continued to teach in Manitoba until she became a mother and teacher to her own children.  She also spent time volunteering in schools and, after moving back to Alberta, on the board of the Coaldale library.  Anne was passionate about her garden and could often be found out in her yard lovingly tending her flower beds or cultivating fresh vegetables and berries which she generously shared with her family and neighbors.  She was an exceptional cook and was especially known for her amazing homemade chicken noodle soup which was always ready when family came to visit from out of town.  She spent countless hours playing with her grandchildren over the years, and her love for them was something they will treasure forever.

Anne was also a loving daughter and daughter-in-law and spent much time cheerfully looking after her parents and mother-in-law in their later years.

Anne was a loving, gentle and devoted wife, mother, grandmother & great grandmother, and her family was always her first priority.

Menno Boldt, of Lethbridge, beloved husband of the late Anne Boldt, passed away peacefully at Good Samaritans West Highlands Centre on January 4, 2019 at the age of 88 years.

Menno was born on October 23, 1930 in Standoff, Alberta where his father was a teacher.  After owning several gas stations and working for the Oil and Gas Conservation board in Calgary, he chose to continue his education and attended Yale University where he graduated with a Masters and Ph.D. in Sociology.  He went on to work as a Professor of Sociology at the University of Lethbridge for 25 years until his retirement.

Menno had a genuine compassion and a loving heart for others, which showed in his work and his writings.  He was dedicated to helping others and received numerous awards for his work.  He became a provincial, national and international leader in the development of suicide prevention research and programs and was the chairperson of the Alberta Task Force on Suicides.  Menno was also one of the founders of the Native American Studies program at the University of Lethbridge.

Menno was a loving and generous husband, father, grandfather & great grandfather, and his family was always his first priority.

Menno and Anne were married for 63 years and sweethearts for 70. During their later years they were inseparable until Anne’s passing four days before Menno’s. The love they had for each other was an inspiration to their family and all who met them. They would be the first to tell anyone that their love for each other came from their love for and from God, and they lived out their faith throughout their lives. Menno and Anne were the most loving and generous parents, grandparents and great grandparents.

Menno and Anne are survived by their daughters: Elaine (Gary) Teichrob of Rosedale, BC, Debbie (Paul) Bryant of Lethbridge, AB, and Karen (Mike) Thiesen of Calgary, AB. They are also lovingly remembered by their grandchildren: Jordan Teichrob (Aleta), Candace (Scott) Mensink, Kimberly (Kevin) Standeven, Joel Bryant (Christy), Taylor Thiesen and Adam Thiesen as well as by their great grandchildren: Alexa, Elise, Aiden and Benjamin. They are both survived by many beloved sisters and brothers, nieces and nephews.

The family of Menno and Anne would like to thank all the staff of Good Samaritans West Highlands Centre for their wonderful love and care for our parents during their time there. They would also like to say a special thank you to Dr Ireland and the staff of the palliative care department of the Chinook Regional Hospital for the exceptional care and compassion shown to our parents.

In lieu of flowers donations may be made to Streets Alive Mission in Lethbridge, Alberta.

A private family memorial will be held at a later date.