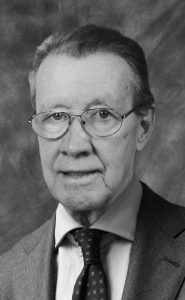 Born in 1931, William “Bill” Charles Taylor was raised in Sidewood, SK along with sisters Winnie, Myrtle, Lillian and Donna. Times were tough, but Bill learned life lessons that he always lived by: watch your pennies, save your money and never pay full price!

At 14, his first job was as a ranch-hand for the princely sum of $14 per month plus his tobacco; always working hard and paying his own way.

In 1955, working as a CPR agent, he courted a beautiful, young AGT operator, Jean Isabell “Peggy” MacArthur of Walsh, Alberta. They married and lived together for over six decades; raising a family and standing side-by-side through thick and thin.

His children Dennis Taylor and Debbie Codan will always respect his entrepreneurial drive and spirit and fondly remember the family garage full of chocolate bars, buckets of coins, pin ball games in the basement and long, fun days at Elkwater.

Bill was a great family man: coaching baseball and hockey, summer trips to Disneyland and the States and travelling the world with Peggy. He was a heck of a good golfer, king of the garage sale and the master of a good game of cribbage.

Until the bitter end, Bill made sure his affairs were taken care of, outliving Peggy by six months because he just couldn’t leave this world before her.

To honour Bill’s memory, save a dollar today; he’d want you to save a few so that you’ll be able to help your family in the future!

As per Bill’s request, no formal funeral service will be held.

One Condolence for “TAYLOR, William”