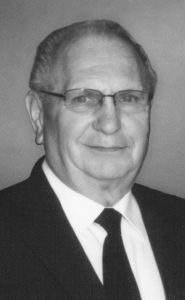 DOUGLAS ROY ELLIOTT, of Lethbridge, passed away peacefully at home on Monday, February 25, 2019 at the age of 73 years.

Doug is survived by his daughter, Candice (Jake) Boldt, his son, Ryan, his grandson, Corbin, his brother, Jack and his sisters, Joyce and Phyllis.

He was predeceased by his brothers, Ken and George, his sisters, Gladys, Grace, and Dorothy and his parents, William and Lillian.

Doug was born in Moose Jaw, SK on April 3, 1945. He married Anice (née Craig) in July of 1968 and had they two children: Douglas Ryan and Candice Marie (Jake Boldt). At a very young age, Doug and his family moved to Calgary. After completing high school, Doug was employed as a salesman for PPG Industries and worked in Calgary, Lethbridge, back to Calgary and then to Edmonton. In 1980, Doug opened Bridge Seal Glass as owner/manager until 1988. He made many friends while employed with Lube Time, Southland Welding and Casino Lethbridge. In 2000, Doug married Cheryl and had many happy years with her.

Doug loved hockey and coached teams in Calgary and Lethbridge for several years. He also loved camping and boating at Lake Blaine, Windemere and Lake Okanagan. He was a collector of many things, especially Coca-Cola memorabilia. A great bond was formed with his son-in-law, Jake Boldt, and many hours were spent talking about building things, renovations, camping and all things country. They became best friends. Doug’s eyes would also light up every time he was with his grandson, Corbin. He always had a cookie in his pocket for the family dog, Bailey.

Dad, all of the laughs and great memories we shared will be with us forever and you will be dearly missed.

Flowers are gratefully declined. In memory of Doug, “share a Coca-Cola and a smile.”