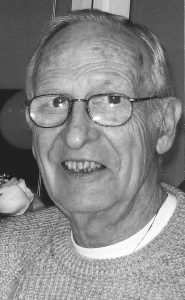 EARL DOREN BEANE, passed away peacefully on March 8, 2019 in Lethbridge, Alberta at the age of 88 years. He was predeceased by his wife, Muriel Elizabeth “Bette” (Chalker) Beane; his father Charles Frederick Beane and his mother Gladys Phyllis (Palmer) Beane and twin siblings who died at birth.

Earl was born in Magrath, Alberta on November 20, 1930. In his youth, the family moved to Sherbrook Quebec where Earl grew up graduating from high school in 1948. When seventeen he was thrown from a horse, hit his head and suffered severe damage to his vision. After 9 surgeries and 10 months in hospital his vision was improved but the thick lenses in his glasses became a defining characteristic throughout his life. He began working for the Dominion Textile Company and eventually a career with the federal government as a civil servant, retiring after 37 years of service.

He met the love of his life Bette in Victoria, BC and they were married Fort St. John, BC in June 1972. Their time spent in the Yukon was a highlight in his life and he loved sharing his experiences working with the pilots in Canada’s north. He enjoyed travelling, music, golf and the great outdoors. He valued his friendships and lived life his way.

We express our appreciation to the nurses and staff at Park Meadows Good Samaritans, especially cottage 3, for their love, care and attention to Earl as his health declined and for Nick and Max Salmon at Salmon and Sons Funeral Home for their assistance.

At Earl’s request, a private graveside service will be held at a later date.