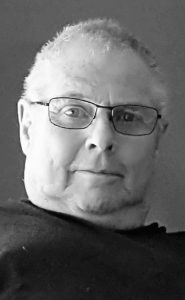 It is with a broken hearts that we announce the passing of Lloyd Wahlund after a short but hard-fought battle with cancer at Raymond Hospital on Monday March 18, 2019 at the age of 70 years.

Lloyd was born and raised in Moose Jaw SK and lived on the family farm. He worked for a number of places from service man at Great West Tire in Moose Jaw Sk., to school bus driver with both catholic and public schools for 12 years in Regina Sk. Lloyd moved to Lethbridge with his wife and daughter in 2010 and was enjoying his retirement. He loved to travel, go camping and spend time with his dogs Tammy and Buddy.

Shirlie and Melissa would like to thank Doctor Marc Ascione and the staff at Raymond Hospital for taking such special care of Lloyd at this most difficult time, and also the staff at the Jack Ady Cancer Clinic.

Flowers are gratefully declined. In lieu of flowers, the family asks that you make a donation to the Canadian Cancer Society, 200. 2424 4th Street S.W, Calgary, Alberta, or your local Humane Society in Lloyds name.