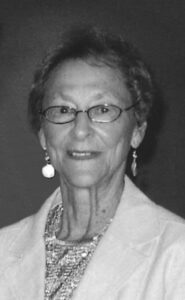 MARIE HENRIETTE “MARIETTE” MOROZ passed away peacefully at St Michael’s Health Centre – Palliative Care Unit on Thursday, September 3, 2020 at the age of 86, knowing she was loved.

Mariette was born in Pengalengan, Indonesia on November 4, 1933. As a teenager, Mariette and her family were placed in an internment camp during the Second World War for three years. After the war, the family was repatriated to Holland for a short time then immigrated to Canada in 1952 where they resided in Montreal for one year. The family then decided to head west to Lethbridge and worked sugar beets before Mariette took a job in the kitchen at the Galt Hospital.

Mariette met Mario in Lethbridge where they were married in 1953 and raised their three sons. In 1964, Mariette began driving school bus for Enerson Motor’s throughout the County of Lethbridge. In 1972, she began driving school bus in the City of Lethbridge and in October 1974, she became the first woman city transit bus driver west of Manitoba to British Columbia. Mariette retired from the transit in 1997 but continued to drive bus for the Lethbridge Seniors Centre well into her 70’s.

Mariette loved having family dinners, driving her motorcycle (later adding a sidecar for the grandkids), playing cards and games with her friends and sneaking out to the casino. Mariette always believed in living life to the fullest and her sons and grandchildren all got to experience things that many others didn’t but made sure if friends were around they were always more than welcome to join them.

Anyone that met her would never forget her; she had a spark for life that never dwindled.

Mariette gave us all a sense of family, humility and to always help out those that may need help no matter who they are. She will be missed but she always said, even as her health failed “she lived a good, full life”.

A Celebration of Mariette’s Life will be held on Monday, September 14, 2020 at 11:00 A.M. with Patrick Siedlecki officiating. The service may be viewed by live-stream under Mariette’s obituary on the Cornerstone website.

In lieu of flowers, please consider making a donation in Mariette’s memory to the Alzheimer Society at https://alzheimer.ca/en/ab