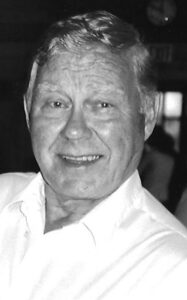 Don lived and was educated in Nemiscan and Foremost, Alberta. Graduating from the Foremost High School in 1952. He then directed his ambitions to banking and later to excavating for many years. He met and married Mary in 1964 and together they raised their three sons on a farm south of Foremost.

To the staff, doctors and nurses at Edith Cavell who serve the senior residents with love and dignity, especially in difficult circumstances; you are angels. Our most grateful appreciation and respect to all. Thank you to Martin Brothers Funeral Chapels and their staff.

A Private Family Service for Don will be held at a later date, with burial in Foremost.