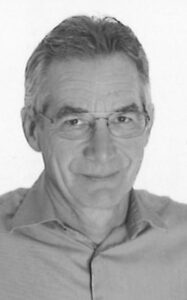 Donald Wayne Gross, beloved husband of Rita, was born in Taber on September 10, 1950 to Philip and Dorothy Gross. He passed away suddenly on October 4, 2020.

Don started his career with Alberta Agriculture in 1969 as a surveyor. He then went on to drafting and was promoted to Irrigation Technologist where he monitored irrigation rehabilitation and construction of new projects. There were many changes in his work over the next 46 years. He was a hard worker and had a great rapport with the managers of the irrigation districts and he was willing to take on any task that was given him. In the later years of his career he expanded the water quality program. He was very proud of his accomplishments. He had a well-rounded life and in his spare time he involved himself in various sports.

Don was a great believer of Family History and arranged several family reunions and enjoyed them for many years.

Don’s family was very proud of him and he was dearly loved. He is survived by his loving wife, Rita; his daughters, Kristina and Sandi (Steve); two grandchildren, Samantha and Ryan; his sister, Mona Ottenbreit (Jim); his sister, Darla Felske (Brent) and a brother, Darren Gross.

Don was predeceased by his parents, Philip and Dorothy Gross; a niece, Shelly Pauletto; a niece, Kassia Weiss; a brother-in-law, Karl Weiss; a sister-in-law, Ingrid Weiss and his in-laws, Alfred and Anna Weiss.

Cremation has been entrusted to Christensen Salmon Generations Funeral Home.

A Celebration of Don’s life will be held at a later date.