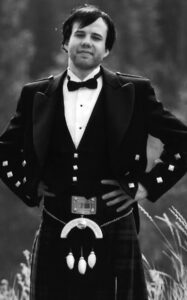 I see the glare; it’s blinding me.

From seeing the road that’s winding

in front of me

I’m crying out for help

Forever I stare in the face of

This morning did come, and we managed to get out of bed. Only because that is what you would have wanted.

Connor Mackay died on October 21, 2020. He is a loved son, brother, nephew, cousin, and friend. Connor was a genuine young man with deep intellect, unique insight, and an amazingly warm heart. A conversation with Connor was always real. He did not speak much but when he did, it was with passion. A deep thinker, Connor often studied an area of interest and could recite volumes of information with great clarity. He was knowledgeable in a variety of subjects that intrigued him and never lost curiosity or the desire to learn. Connor saw depth and value in each person he met. He was willing to do what most of us were not: to simply listen. A true friend to many, Connor was always there when needed most. Connor’s humor was clever and often hidden from those that were not paying close attention. He could turn any situation into a laugh-fest, even when it wasn’t appropriate. In his frequently serious moods, Connor struggled to contain his laughter.

In a world where everything is so confusing and there is no map, a strong family never left his side. They were always with him, no matter the turn of the tides or the chill of the deep water. Connor found comfort in this, and one day we will also. Through his becoming of a man, unseen in the shadows of the dark, he learned the true lesson. He looked and saw his true self-reflection. He recognized the helping hand and, with humility and thankfulness, took hold of it.

His thoughts were not confined to our stratosphere, but reached into the stars, where his intellect resides, and he is at home. During this heartbreaking time, that young man is visited by those close to him. His path is well guided by his four grandparents and we can feel assured that he is laughing at the jokes he tells them. Connor is survived by his father Craig; mother Rachel; brothers Craig and Brent; and sister Brooke; as well as his stepfather George and his step siblings Megan and Braydon.

Anyone interested in contributing to a cause close to Connor’s heart is encouraged to donate to local mental health programs.

Connor will be privately remembered by family and friends.