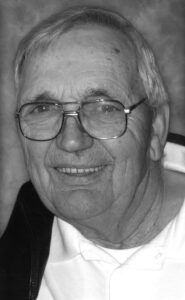 CORNELIS (CASEY) HUMMEL, beloved husband of Everdina (Tita) Hummel, went home to be with his Lord and Saviour on Thursday, October 15, 2020. He passed three days shy of his and Tita’s 65th wedding anniversary.

Casey was born on August 16, 1931 in Hollandscheveld, Drente. In 1949, he immigrated to Canada with his parents, sister Lammie, brothers Bill, Jan, and Luke. On October 18, 1955, Casey married the love of his life, Tita Horlings. Together they raised four children. Casey had many occupations during his life: a truck driver, a heavy-duty mechanic, a heard man at the Lethbridge research station, and many others. In 1975, they bought Grassy Lake Meadow Dairies, where the family farmed for 20 memorable years. In 1995, they sold the dairy farm and moved to an acreage outside Lethbridge to enjoy a more comfortable life.

Casey was a strong man that overcame many obstacles in life and health. Casey’s love for his family was always shown with big hugs and teasing. Casey was a wealth of knowledge, and even when he wasn’t right, he would prove you wrong! The door was always open at the Hummel house to family, friends, neighbours, or even strangers. If you needed help, Casey was still willing to lend a hand.

A Private Service will be held on Monday, November 2, 2020 at 2:00 PM. For those who wish to attend, a livestream will be available via Casey’s obituary on the Cornerstone website.

One Condolence for “HUMMEL, Cornelis”