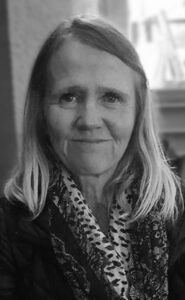 Sherrie was born in Calgary, Alberta October 31st, 1959. She moved to Lethbridge in 1977 to attend university and pursue a career in education, after she graduated in 1981. Along the way, she met Reid and they were married on October 13, 1978. Together, they had two children: Joshua and Tamara.

Sherrie had many loves in life, but none were more important to her than her children and grandchildren. Sherrie will be lovingly remember by her husband, Reid and her two children: Joshua (Chantelle) Shuttleworth and Tamara (Brent) Tiessen. Nana will be greatly missed by her grandchildren: Cyrus Shuttleworth, Sophia Tiessen, Penelope Tiessen and Wyatt Shuttleworth. Sherrie also leaves to mourn her mother-in-law, Lauretta Shuttleworth, sisters-in-law, Judy (Tony) Byers and Lisa (Scott) Severton, sister Tracy Duthie and her brother Charles (Jennifer) Morand, along with numerous nieces and nephews. Cody, Conner, Meagan, Spencer, Paige, Justin, Jesse, Hollie, Levi, Amy and Mollie all held a special place in her heart.

Sherrie’s second greatest love was teaching. She taught for 34 1/2 years before retiring in 2015. Along the way, she taught at Goldridge Hutterite Colony, John Davidson Elementary, Coalhurst Elementary, Sunnyside Elementary, Jenny Emery Elementary and Dorothy Dalgleish. She loved her students and always wanted to make sure that she had done her best to make sure each and every one of them were prepared for all the challenges that were ahead of them. Along the way in her extra time, she was a fitness fanatic; playing soccer, running marathons, ultra-marathons and working out at the gym were all part of her daily life.

A special thank you to Deb, Karen and Laurie for all their love and support.

At Sherrie’s request, there will be no formal funeral service.

At the family’s request, in lieu of flowers, donations may be made in Sherrie’s name to: Coalhurst Partnership Association for Literacy (Box 980, Coalhurst T0L 0V0).