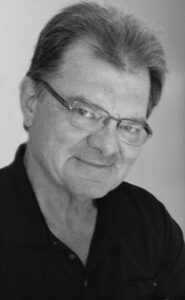 It is with profound sadness and the heaviest of hearts that we announce the passing of PHILIP JOHN HIERATH on Monday, November 2, 2020. Phil was born on November 12, 1948 to Harold and Violet Hierath. He was raised on the family farm east of Milk River, where hard work and a love for the land were deeply instilled in him.

It is difficult to summarize what a wonderful human being Phil was. There are moments when words fail to fully express feeling, and this is one of those times. Phil was a person with such integrity. He was so sincere, so genuine, and authentic in every way. He was extremely thoughtful and generous. If you mentioned that you needed something in passing, he would go out of his way to surprise you with it the next time he saw you. He had a strong sense of wit, and a unique sense of humour; he loved making others laugh. Phil was a great conversationalist. He was a wealth of knowledge, and with an innate ability to talk to anyone about anything, he made friends wherever he went.

In his youth, Phil enjoyed a variety of sports; curling, basketball, baseball, and volleyball were his favorites. After high school graduation, Phil went on to the University of Saskatchewan for one year, where he played volleyball, and then transferred to the University of Lethbridge for another year before returning to the family farm to work alongside his father.

Phil had a curious and adventurous heart, and often spent the winters of his younger years travelling around the world. He visited many countries and loved to tell stories about the times spent in Morocco, the Canary Islands, Spain, Germany, and Austria, to name a few. But the spring, summer and harvest seasons, he devoted himself to the land he loved so dearly. Farming wasn’t just work for Phil, it was a passion and a labour of love. He was a registered seed grower since 1971, and always sought to be on the leading edge of advancements in agriculture. This led him to serve on many associations including the Southern Applied Research Association (SARA), the Winter Wheat Commission, and the Rural Electrification Association (REA), among others. Phil was also a dedicated member of his community and served many years with the Milk River Kinsmen Club, and Ag Society.

Phil loved working with his hands. He could build or fix anything; he was truly a jack of all trades. He was incredibly artistic and creative and had a passion for wood working, to which he honed his craft over many years. Phil was a part of the Milk River carving club, as well as the Lethbridge Woodworking Guild. His tables, masks, angels, and decoys are cherished by many friends and family. As much as he loved carving and creating, he loved sharing his work with loved ones even more.

Above all, Phil was a loving and devoted husband, father, and grandfather. Spending time with his family and friends was the most important part of life for Phil. Many wonderful memories were made at the cabin with his family. He loved having the grandchildren down at the farm and taking them for combine and quad rides. Any time spent with family was well spent for Phil. He also valued his friendships and frequently checked in on his friends to reminisce about the past, or banter about politics. His yearly golf trips down to Mesquite with the guys were something he always looked forward to.

May the relationships that he cultivated and the seeds of kindness that Phil sowed, flourish into a bountiful harvest of love forever in all of our hearts.

A Celebration of Phil’s Life will be held at a later date.