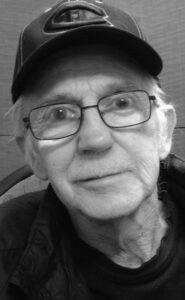 MR. ROBERT “BOB” LAWRENCE of Lethbridge passed away peacefully on Saturday, December 26, 2020 at the age of 70 years.

He was predeceased by his father Wilson “Scrappy”, mother Lyla and brothers Donald and Douglas.

Bob was born January 6, 1950 in Thessalon, Ont. In 1973, he married Isobel and shortly after, moved to Edmonton, where they would have two children. Bob moved his family to Lethbridge in 1978 and then Coaldale in 1993 while working for Lilydale Foods until its closing in 2001. Bob then worked at Maple Leaf Pork until 2010, at which time he would suffer a stroke. Bob never let this hold him back and would prove many wrong by walking and driving again. He even went as far as taking up curling where he met many new friends. Bob spent the better part of his last year living at Black Rock Terrace in Lethbridge, where he absolutely loved the staff and other residents. It seems wherever he was, he would always leave quite an impression.

Today Bob would have turned 71, so with heavy hearts, we would like to wish him a very Happy Birthday.

At his request, there will be no funeral service. Cremation and private celebration of life will take place at a later date.

Donations can be made to the Heart and Stroke Foundation (hsf.donorportal.ca)