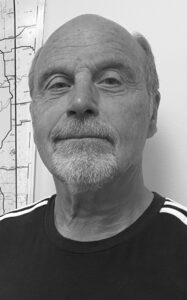 Brian Dalshaug of Kaslo, BC area passed away peacefully at home on January 5, 2021 at the age of 72 years. He leaves to mourn his brothers, Dwayne (Sharon) Dalshaug of Regina; Bruce (Sandra) Dalshaug of Edmonton, along with numerous nieces, nephews, and many other relatives and friends. He was predeceased by his partner Ginny Goulet in 2015; along with parents Clinton & Muriel Dalshaug, grandparents Palmer & Lillian Dalshaug, grandparents Alfred & Florence McLelland.

Brian Clinton Dalshaug was born on September 30, 1948 in Wadena, Saskatchewan to Clinton and Muriel Dalshaug. Growing up in rural Saskatchewan, he enjoyed early years of playing minor hockey and later coaching bantam-aged players. He was an avid animal lover, but had a special place in his heart for the many beautiful German Shepherds he raised over the years. In recent months, Brian had moved from the Lethbridge area to Kaslo, BC area, where he had a beautiful place on the lake overlooking the mountains.

Brian attended Ryerson Polytechnical Institute in Toronto and upon graduation in 1968; he began working as a public health inspector in Yorkton, Sask, later moving on to Grande Prairie, Winnipeg and Red Deer. In 1992, he settled in the Lethbridge area and took a management position with Barons-Eureka-Warner Health Unit in Coaldale as the Director of Environmental Public Health (EPH). In 1995, after regionalization, he became the Director of EPH with the former Chinook Health Region, which later expanded to EPH-South Zone for Alberta Health Services. He retired from this position in 2016. He was well-respected by colleagues and staff, who admired his ‘team approach’ leadership style and his passionate advocacy for rural Public Health.

As per his wish, there will be no funeral service. In lieu of flowers, memorial donations may be made to: Salvation Army,1302-4 Ave S, Lethbridge, AB, T1J 0R4; Make-A-Wish-Southern Alberta Canada, or your local animal shelter.

To leave a personal message of condolence please see the