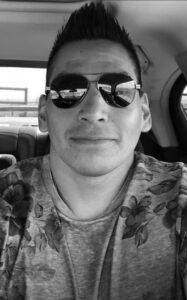 Shine on Clay, Shine on…

The Funeral Service will be held at Legacy Funeral Home, Cardston Alberta on Tuesday, January 26, 2021 at 11:00 am. Prior to the funeral service from 9:00 – 10:45 am friends can pay their respects to the family. Due to Covid restrictions only 20 people will be allowed into the funeral home at a time. Services will be streamed on-line starting at 9 am.