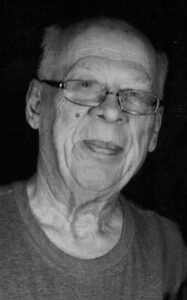 It is with profound sadness that we announce the unexpected passing of our father Tapio Kunto Lindholm. Tapio passed away in Lethbridge, AB in the wee hours of January 26, 2021 only hours after his 79th birthday. His two daughters, Lisa and Sheri were by his side when he peacefully passed. Tapio was born in Turku, Finland on January 25, 1942 to parents Kaarlo Uljas Kunto Lindholm and Juni Emilia Charlotta Blomqvist. He was their only child. He, along with his parents immigrated to Canada in 1952. They arrived in Halifax and settled in Saskatoon. Dad attended Aden Bowman Collegiate and the Saskatoon Technical Collegiate Institute. He enjoyed playing on the football team. Following his high school years, Dad went to Radio College of Canada in Ontario where he earned a diploma in Television and General Electronics. Tapio worked in mines in Manitoba and Saskatchewan during the late 1970’s. It was during these years that Dad built a cabin with his Dad at Fur Lake, SK. He along with his parents and children enjoyed fishing at the lake. In 1980 Dad and his family moved to Saudi Arabia where he worked for the Arabian Oil Company Aramco. During this time he furthered his studies in Radiological Safety and Gauge Operation and in the use of Electronic Microscopes. In 1986 Tapio and his family moved back to Canada and settled in Meadow Lake, SK where he ran a gas station. In recent years he spend his time in Real Estate. Tapio had a kind heart to help those in need and was very sociable with everyone. He was a collector of many items including coins. He loved to ride his bike and collect recyclables. He was always very proud of his Finnish heritage. A Funeral Service will be held by invitation only due to Covid restrictions. Tapio was predeceased by his first wife Louise Faulk and his parents. Tapio is survived by the mother of Lisa and Sheri. He is also survived by his children Joanne (grandson Christopher), Robert, Raelene, Lisa (Chad), Sheri (Tim, grandson William). In lieu of flowers, donations may be made to the Salvation Army, The Friendship Inn (in Saskatoon) or Streets Alive Mission in Lethbridge. Arrangements in care of David Schurr – Mourning Glory Funeral Services (306) 978-5200 www.mourningglory.ca