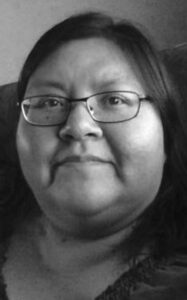 Tania traveled to many places and had many experiences during her travels. Her first trip at age 2 was to Victoria BC, where her love for travel began. Tania traveled to Greece with her fellow classmates at St. Mary’s High School. Tania was a Program Associate for the United Nations Volunteers Representation Office in North America in New York City. During her time in New York she also volunteered as a Co-Coordinator at the United Nations working group on the International Indigenous Peoples and Rapporteur, for NGO Committee on the International Decade of the World’s Indigenous Peoples, and within the United Nations High Commissioner for Human Rights Office. She also attended the International Indigenous Youth Conference and Cordillera Day in Baguio City, Dupag, Tabuk, Kalinga, Philippines. She had a brief stop in Hong Kong. She also traveled to Montreal, Vancouver and many other places. After her time in New York, Tania returned to the Blood Reserve working at Blood Tribe Reinvestment Initiative, Kainai Children’s Services, FNAHEC and most recently at Red Crow Community College.

During her travels she met the love of her life Andy. Together they started a family, the light of her life was their son Naatosi. Andy would often remark on his gratitude to Tania for giving him his first-born son. Tania and Andy are so very proud of Naatosi. Her loving nature was also shown in her caring love for her nieces and nephews. She also was very supportive of her siblings and cousins. She was very proud of all their accomplishments. For those who had the opportunity to work with her, have known her to be very supportive on their endeavours as well.

Tania had a thirst for knowledge, she read many books, studied various topics and disciplines. She assisted in the revitalization of our Blackfoot Language through development of the Blackfoot Language program at RCCC. She was a role model for the whole family. Her success showed us that we to are capable of great things. Because of Tania’s wealth of knowledge and technical expertise she was often called to assist in many undertakings. Tania was patient, kind, and giving, she was selfless in her assistance. She was also very dedicated in her work, often times going above expectations. She enjoyed all that she did.

The family would like to leave you with one of Tania’s favorite quotes by Mary Anne Roadacher Hershey “Live with Intention. Walk to the edge. Listen hard. Practice wellness. Play with abandon. Laugh. Choose with no regret. Do what you love. Live as if this is all there is.”

A Viewing will be held at Legacy Funeral Home, Cardston on Thursday, February 11, 2021 from 9:00 to 11:00 am with a Family Service to follow at 11:00 am. (Due to COVID-19 – Limited people will be allowed in the building at a time.) Interment to follow at Wolf Child family Cemetery.

To send a condolence or Watch the Funeral please visit www.legacyfuneralhome.ca.