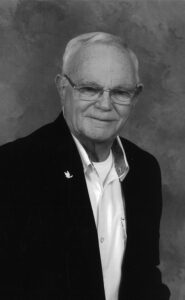 With great sadness, we announce the passing of CLARENCE CHARLES ALLEN WATSON, beloved husband of Julie Watson, of Lethbridge, at the South Health Campus in Calgary on Tuesday, February 9, 2021 at the age of 85 years.

He was predeceased by his mother Myrtle, father Clarence and infant brother George.

Clarence was born in Yorkton, Saskatchewan to Clarence Irving Watson and Myrtle Isabelle (Russell) Watson and lived in Yorkton all of his formative years, until he attended Saskatchewan Teacher’s College in Moose Jaw from 1954 to 1955. In 1959, Clarence met Julie Fedun and they married in 1960. Clarence taught in Saskatchewan from 1955 to 1964. From 1961 to 1964, he held principalships in Dubuc and at the DND school at the Air Force Radar Base. Clarence and Julie then moved to Regina, where Clarence attended university and also joined the R.C.A.M. Clarence served in the Royal Canadian Artillery from 1964 to 1970 as a 1st Lieutenant. The family then moved to Lethbridge where he continued his education and earned his B.A./B.SC. and B.Ed. degrees. He became a teacher for the Lethbridge Catholic Separate School District #9. After 35 years, Clarence retired from teaching in 1991. Clarence then worked for Perma Green Garden Centre, where he enjoyed ten years of working with trees, plants and building various seasonal displays.

Clarence was very active in the Knights of Columbus. Clarence served on a number of executive councils and spent many hours volunteering his time and talent. He was proud to serve as Grand Knight for two terms, was District Deputy, served one term as Faithful Navigator and achieved Star Council, Star District as well as District Deputy of the Year. Clarence was a member of the 4th Degree and served on the Honour Guard.

Clarence enjoyed reading, wood carving of birds and animals, the outdoors, camping and travelling, but most of all, he enjoyed spending time with his beloved wife Julie and their family.

Clarence was deeply loved by all of his family and will be sadly missed.

A private Funeral Mass will be celebrated on Tuesday, February 16th, 2021, at 11:00 AM with Father William Monis celebrating.

Both the Prayer Service and Funeral Mass will be livestreamed and may be accessed through Clarence’s obituary on the Cornerstone website at their respective times.