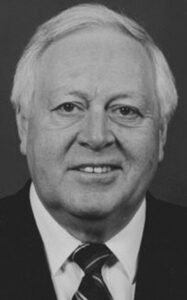 After battling failing health this past year, Mr. Gordon Davy of Lethbridge passed away at St. Michael’s Palliative Health Care on Friday, February 12, 2021 at the age of 79 years.

Gordon was born on June 3, 1941 and raised on the farm near Shaughnessy. He left Picture Butte High School to pursue selling for Welders Supply. Apart from farming for many years and then operating an excavating business, he was a salesman which allowed him to have contact with customers through out Southern Alberta. He turned his selling expertise to Real Estate and continued be in the business for over 30 years until his health prevented him from continuing to work.

Dad had a love for travelling and saw many parts of the world. He was especially fond of Australia, making many trips there and even living there for a time. He still had plans to go back to see his friends once again. Peru, Hawaii, Russia, Holland, cruises to Japan and South America and the Caribbean were just a few of his travels. While living in Shaughnessy and Diamond City area, he was an avid supporter of the Elks and Fish and Game Association and other service clubs. He was always a supporter of various causes such as Rotary fund raisers, mission trips for “sis” or his nieces and sporting events or trips for his nephews. He was a generous man and always had a heart to support and encourage people. While living at “Diamond City Corner” for many years, most of the community enjoyed the “Boxing Day’ breakfast that brought family and friends together for a time and fun and laughter.

He was predeceased by his parents Peter and Lois Davy and brother-in-law Henry Swartzenberger.

In keeping with Gordon’s wishes, he will be privately remembered by family and friends.