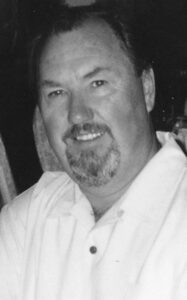 With broken hearts the Ambler family sadly announces the sudden passing of Richard Alan Ambler. In the early morning hours of Sunday, February 14th, 2021, Alan lost his short battle to cancer peacefully with loved ones at his side.

Alan was born on June 13th, 1958 in Lloyminster, Alberta to Raymond and Helen Ambler. During childhood, he grew up on a farm south of Lloydminster and went to school in Rivercourse and Paradise Valley. He went on to work for TELUS starting by climbing telephone poles to fix lines to becoming Field Service Manager in Lethbridge spanning 35 years with the company.

At an early age he fell in love with motorcycles and luxury vehicles, and by 14 years old he had his own 1970’s Suzuki 90 bike. Later graduating to a Husqvarna, Kawasaki, BMW, then finally a Harley Davidson. Besides motorcycles, he had a passion for beautiful cars. One of his fondest memories was begging his older sister Sheryl to take her car down the gravel road 100 metres to the farm’s gas tank to fill it up, allowing him to drive her Mustang for a mere 2 minutes. Al was only twelve.

Al continued these passions throughout his life, as well as his love for water skiing in the summer, creating too many amusing memories to count, and skiing in the winter where he shared times with so many people including, later, his children, by teaching them those hobbies at a young age.

Al was epitomized by an attitude of both optimism and wit, tools he used to brighten everyone’s days, including his own, whether in the good times or the bad. He will be remembered by and will live on in the many stories that he shared during social events, large and small, in his characteristic peaceful and relaxed manner, punctuated by his own memorable chuckle.

A truly memorable man who touched many lives, he will be survived through his wife Anna, daughters; Maggie and Samantha, and sisters; Sheryl and Jeanine. But so many more family members, friends, and colleagues who had the pleasure of sharing memories with such a kind-hearted, witty, and hilarious personality.

A celebration of life will be held off until the summer where it can be held on the family farm in Lloyminster, Alberta.

As Alan had a love for motorcycles and the community that follows, he was also a volunteer for Harley Davidson demo days. So rather than flowers, the family wishes you to make a donation to the Bikers Against Child Abuse (BACA), Lethbridge Chapter, Box 22030 Henderson Lake. Lethbridge, Alberta, Canada T1K2S2, or the Canadian Cancer Society under Alan’s memory, 325 Manning Rd NE #200, Calgary, AB T2E 2P5.

“A loyal friend laughs at your jokes when they’re not so good,

and sympathizes with your problems when they’re not so bad.”