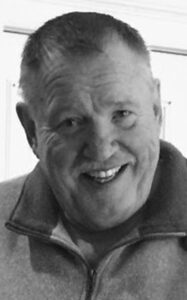 Raised in the small town of Birtle, Manitoba, Lloyd joined the RCMP in 1966. In the early days of his career, he had the privilege of serving in many communities in Saskatchewan – Yorkton, Wadena, Kamsack, Ituna, and Balcarres. He was always very active in social clubs, volunteer fire departments, EMO, coaching football, teaching first aid, and other local endeavours. He was very proud to have been a member of those communities and had very fond memories of his time there.

From 1974-1987, Lloyd was stationed in Ottawa, where he worked in the Protective Policing Directorate. During that time, he served as the Operations Officer for the 1984 Royal Visit and as the Personal Security Officer for Pope John Paul during both his 1984 and 1988 visits. He also travelled across Canada and around the world with Prime Ministers and Cabinet members to major events.

In 1987 he was transferred to Alberta. After spending time as Officer Commanding (OC) St. Paul Sub Division and Officer in Charge (OIC) Sherwood Park Detachment, Lloyd and his family finally settled in Lethbridge in 1992. There he served as OC Lethbridge and Calgary Sub Divisions and OIC Southern Alberta District. Lloyd delayed his retirement in 2001 to take on the role of Officer in Charge of Security for the 2002 G8 Summit in Kananaskis. Lloyd retired from the RCMP in 2003 with the rank of Chief Superintendent. He continued his affiliation with the Force through his involvement with the RCMP Veterans’ Association. The RCMP family was always very important to Lloyd and he cherished the special relationships he had made throughout his career.

After retirement, Lloyd acted as a consultant and served on a number of boards, including the Chinook Regional Hospital Board, the Alberta Sport Recreation Parks and Wildlife Board, and the University of Lethbridge Senate. He also worked for ten years as a scout for the Boston Bruins and served a term on the Lethbridge Hurricane Board of Directors.

When not working, Lloyd loved to travel. He often had his next trip (or two) planned before he had even finished his current one. Portugal and San Diego were particular favourites. He had a big personality and loved meeting new people, as well as catching up with old friends.

Despite having been to many places around the world, Lethbridge was Lloyd’s home. He was very fond of this community and was immensely proud to have received a Key to the City of Lethbridge for his service.

Lloyd is survived by his wife of 51 years, Carol, as well as his children Kerri-Lynn, Lisa, and Dean (and his wife, Eugénie); two beautiful grandchildren, Reid Thomas Lloyd and Felicity Grace; his mother-in-law, Linda Hunt; his sister-in-law, Constance Hunt (Ron Holdsworth) and brother-in-law, Richard Hunt (Marie Hunt); and so many great friends and extended family. He will be sorely missed.

A celebration of life event will take place at a later date.

In lieu of flowers, donations can be made to the Chinook Regional Hospital Foundation (www.crhfoundation.ca) or the Friends of the Mounted Police Heritage Centre (www.rcmphcfriends.com).