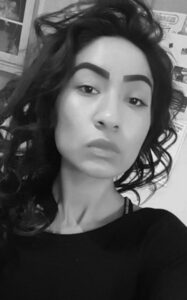 It is with great sadness that we announce the sudden passing of Dezeray Rose Wells on Sunday, February 14, 2021, in Calgary, Alberta.

Dezeray was born in Cardston, Alberta on February 3, 1993. She attended the secondary public-school system in Lethbridge, later on she gained employment in the retail sector as a cashier and a server in the food industry in Lethbridge. Dezeray later relocated to Calgary and worked for two years as a housekeeper in the cleaning industry. While living in Calgary, Dezeray was involved in a car accident that left her hospitalized for several months, and as a result of the injuries she sustained, Dezeray was unable to continue her employment, with that and the loss of her son and mother that made a significant impact on Dezeray’s life. Although, Dezeray’s life was shortened she was loved by her family and all those who knew her, she will be sadly missed and never forgotten.

A private family service will be held at 11:00 a.m., on Thursday, March 4, 2021. The family invites those who wish to watch the service via livestream at www.mbfunerals.com and scrolling to the bottom of Dezeray’s obituary.