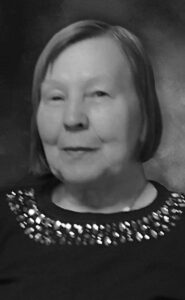 EDELTRAUD “TRUDY” CROW, beloved wife of the late Robert Stanley Crow of Lethbridge, passed away at the Chinook Regional Hospital on Tuesday, March 15, 2021, at the age of 77 years.

She is lovingly remembered by her son, Randy (Marina) and their children, Matteo and Massimo; sister Rita Fester; brother, Dieter (Lynn) Fester and family, as well as many other extended family members.

Along with her husband, she was predeceased by her brother Herb Fester and parents, Hedwig and Johann Fester.

Trudy was born on July 6, 1943, in Alt-Kamien, Poland and later immigrated with her family to Canada. She married Robert on August 21, 1965 and after teaching careers, they moved to Edmonton to be closer to Trudy’s side of the family. Following her husbands’ death in 2016, she moved to Lethbridge to be closer to her son, his wife, and her two grandsons.

After a lengthy battle with Alzheimer’s and Multiple Myeloma, Trudy passed away peacefully with her family by her side.

Due to COVID-19 restrictions, there will be no service at this time. An Interment Ceremony will be held at a later date for family and friends.

One Condolence for “CROW, Edeltraud”