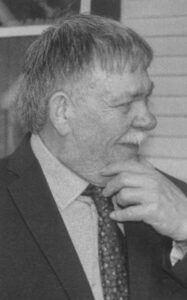 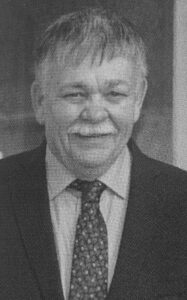 Mr. Arnold Shumaker of Lethbridge, beloved husband of Diane and father to Braden and father-in-law to Lindsey, passed away at the Chinook Regional Hospital, on Tuesday, April 20, 2021, at the age of 68 years.
Arnold was born in Calgary, AB, on August 6, 1952. The only child of Ruth and Adolph. He grew up in the Carmangay area. He attended school in Carmangay, Champion and Vulcan.
Shoe loved to curl and was in numerous bonspiels throughout the years and created many lasting memories and friendships. He always loved a good poker game, crib game or canasta game. Arnold played many crib games in the back room at Gas King. He could count a crib hand with his eyes closed! Fast and accurate. He has tried to hit it big on the lotto but with no success. Many have heard Arnold say, “Want To Bet!” He loved a gathering with family and friends.
Braden was the pride and joy of his life, watching him play hockey was a special time for him, nothing made him prouder. Arnold, Diane and Braden met and enjoyed time with new friends throughout the “Hockey Days”.
Besides his loving wife Diane, Arnold is survived by his son Braden and Lindsey; grand dogs Jaxy and Sid; in laws Elaine and Jerry Fress, Karen Moore, Craig and Arlene Charlesworth; nieces and nephews Cory Fress, Kelly and Kevin McCarty, Ryan and Tara Moore, Devin Moore, and Lila Foreman; great nieces and nephews, Ayden Fress, Jaeliah, Kevin, Alex and Mackay McCarty, Quinton and Xander Moore.
Arnold was predeceased by his parents Adolph and Ruth Shumaker; mother and father-in-law Howard and Maureen Charlesworth; brother-in-law Gerry Moore.

Thoughts from Braden:
Arnold was an incredible father to Braden & father-in-law to Lindsey. He always provided for his family to ensure they had the best life possible. Arnold got enjoyment from playing card games such as crib & 31, although he did not get enjoyment from losing to Diane a time or two (or three). Arnold was always there for Braden growing up, whether it was carrying him home (skates and all) after hockey practice for tripping the other kids, or simply being the DD after Braden had a night out with friends. Arnold was a loyal & honest man, who made sure he instilled the same qualities in Braden. He never missed any of Braden’s games, practices or events, as long as it allowed him to spend time with his son. You could say Arnold was someone who enjoyed the simple things in life, a cigarette or scratch off ticket, but nothing meant more to him than his relationship with his son. Nothing is stronger than the relationship between a father and son & although Arnold is no longer with us, the bond he has with Braden will be cherished forever.
If there was one thing my Dad taught me, it was being honest, even when it’s uncomfortable for you. All I remember is the time my Dad had a client wanting to buy a house from him. It was just what the person wanted but was out of date and way overpriced. Arnold was confident he could get him a better deal so he politely told him it would be in his best interest to find a cheaper house in better condition. I asked “Why would you tell him not to buy it when it’s a bigger pay day for you?”, he responded “It’s not about the money, it’s about building relationships with people and telling them what they need to hear, not want to hear.” He knew that this man would come back to him for the rest of his life because he was honest and found a better deal for his customer, not himself. After my Dad found him the cheaper place, the man thanked my father many, many times. As my Dad predicted, the person told my Dad he would never work with another agent again. Moral of the story, money isn’t everything so tell the truth, even when it hurts.
Cheers – To the most honest, and loving Father anyone could ask for! Have a Beer, Cigarette, and throw $20 in the slot machines for the fricken beauty.
Thoughts from Lindsey:
My father in law Arnold made me feel like family every chance he got. When we would go to Canada for the holidays, Arnold would always look out for me and make sure I was taken care of. He would make sure I was well fed & be sure I had a toasted bagel with butter every morning as I entered the kitchen for breakfast. Arnold and I shared a love of scratch off tickets, so he would be sure to pick up a few extra each year so I could experience that enjoyment. I am thankful to have a lot of great memories of Arnold from Christmas time or his birthday that will live on for years to come. Words cannot express how grateful I am to call him my father-in-law and he will be greatly missed.
A celebration of life will be held at a later date this summer.
Cremation has been entrusted to Martin Brothers Funeral Chapels.
Flowers are gratefully declined. For those who wish, memorial donations may be made to the Alzheimer’s Society in Mom’s honor, 10430 61 Ave NW #306, Edmonton, AB T6H 2J3, or a charity of ones choice.
Visit www.mbfunerals.com to send a condolence.