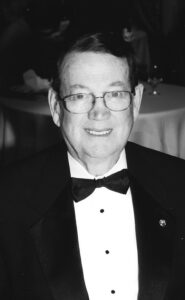 It is with heavy hearts that we announce the passing of STANLEY KENNETH TURNER on Wednesday, April 28, 2021 in Lethbridge peacefully in his sleep. Stan was born in Kimberley, B.C. to Ernie and Margaret (Maggie) Turner on March 31, 1932.

Stan also leaves to mourn his brother Raymond (Helene), sister Louise Hockley (Al) and sister-in-law’s Angie Turner and Phyllis Hirota. He is also survived by numerous nieces and nephews and many lifelong friends. He is predeceased by his brother’s Joe and Alfred, sister Mary Scanland and brother-in-law Jim Scanland.

During his youth, Stan was active with the Boy Scouts, where he learned and lived the motto “Do your best”, “Be Prepared” and “For Service”.

Stan met Darie while they were attending Normal School in Winnipeg. Upon graduation, Darie stayed in Winnipeg to teach and Stan left with life-long friend Larry Ratcliffe, to teach in Lynn Lake MB; a small mining town 700 km north of Flin Flon, MB. This meant courting through the “snail” mail for two years. While in Lynn Lake; Stan and Larry started a school band that took in ¾ of the student body.

Stan joined the Catholic Church in 1956 and embraced many of the church’s ministries. This included extra-ordinary minister of the Eucharist, choir director, lecturer as well as sitting on the parish council.

After they were married in 1957, they lived in Lynn Lake and Brandon before moving to Brooks, AB in 1963. Brooks was home for the next 30 years before retiring to Lethbridge.

Stan was a career teacher, having taught 10 years in Manitoba and 25 years in Alberta. He was very proud to finally receive his Bachelor of Education degree from the University of Calgary in 1969. This was no small task and required him to take courses in the evenings, weekends and summers; while still teaching fulltime and raising a young family.

Stan joined the Knights of Columbus in 1958 and became Grand Knight in Brooks and rose through the ranks of the provincial executive to become State Deputy in 1979-81 and the President of the Knights of Columbus Canadian Association in 1981-83. He was appointed to the position of Master of the Fourth Degree in 1988. These positions allowed Stan and Darie to travel all over Alberta, to the NWT as well as many places in Canada and the United States. He also served as a director of the Alberta Knights of Columbus Charitable Foundation for 27 years, serving as president or secretary. Stan was very proud to have the honor of attending six Supreme K of C Conventions with the first occurring in Miami Beach in 1975; where he was able to bring along the entire family and enjoy the Florida beaches and amusement parks.

Ever the Boy Scout, Stan enjoyed camping with his family. Summer vacations allowed for extended visits to BC or Manitoba to visit with family. A highlight for all was packing up the new station wagon and tent trailer and heading to the east coast of Canada in the summer of 1970. Always the teacher, the trip to the Maritimes was packed with many many education stops along the way.

After retiring, Stan and Darie spent many winters in Arizona. Together, they enjoyed travelling, especially cruising. When not travelling; Stan and Darie enjoyed playing canasta, and being active members of the Lethbridge Italian club and Revellers.

Stan was the happiest when the family could get together. He especially enjoyed golfing with his sons and son-in-law. While his son’s never picked up his love for fishing, son-in-law Alfred was more than happy to take him on many memorable fishing trips throughout BC.

In lieu of flowers, Stan requests that donations be made to the Alberta Knights of Columbus Charitable Foundation, #4, 5570 – 47 Street Red Deer, AB T4N 1S1

Both services will be livestreamed and available to view via Stan’s obituary on the Cornerstone Website.