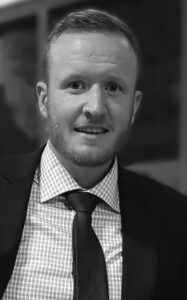 It is with great sadness that the family of Derek Wiest announce his sudden passing. Derek will be forever missed & cherished by his three boys Carter, Sonny and Beau and their mother Jessica Wiest.

Derek had a great personality and a sensitive soul; this impacted many friendships in his life. His love for sports, especially baseball & hockey took him travelling to many places at a very young age in which many special bonds were made with great friends. He was a part of many provincial championship teams in baseball and hockey as well as being honored to play with different All-star teams throughout his hockey years.

Early in his life Derek adopted the Pittsburgh Penguins as his team and was strongly devoted to them until his passing. His all-time favourite player was #66 Mario Lemieux in which Derek spent many hours mimicking Mario’s moves in his basement as a kid. Then as the Penguins years went on #87 Sid the Kid became his next hero.

Derek was a strong advocate to many young athletes and put so much energy into coaching baseball and hockey. His fondest memories were coaching Coaldale Copperheads alongside Jeremy Kenyon & Darren Emelson in which they led them to be KAHL champions of Alberta Junior B. Followed by another great season coaching with Mikel Wiest, Brenden Odland and Ty Odland. In the year 2017/18 he was offered a coaching position with the Drayton Valley Thunder to assist them in a rebuilding year.

Derek’s greatest enjoyment and happiest days were spent with family, especially his 3 sons. They would spend many nights watching Pittsburgh games and would all have to put on their Penguins jersey or start a big mini stick game. He was an amazing uncle to his nieces and nephews, being a great fan to them through their sporting events and always was so proud of their accomplishments.

Derek had so much goodness and thrived to help others in so many ways. He fought very hard with his own struggles of mental health and addictions but could not fight this battle any longer. His caring personality will be missed every day.

A public Viewing will be held from 12:00 pm to 2:00 pm on Saturday, May 8, 2021 at Martin Brothers Riverview Chapel, 610 – 4 Street South, Lethbridge, Alberta. Please book a time to come in by visiting https://www.mbfunerals.com/obituary/Derek-Wiest and scrolling to the bottom of Derek’s obituary.

A private family service will be held at 3:00 pm, on Saturday, May 8, 2021. The family invites those who wish to watch the service via livestream at www.mbfunerals.com and scrolling to the bottom of Derek’s obituary.

A celebration of Derek’s life will be announced at a later date. Donations may be made in honour of Derek to Enchant Skating Rink (Box 1856 Enchant T0K0V0) or the Calgary Dreams Center (4510 Macleod Trail SW, Calgary, AB T2G 0A4).