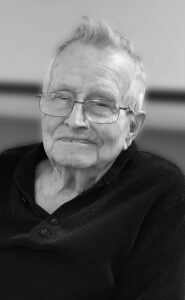 BILL PENN, beloved husband of the late Frances Penn, of Lethbridge, passed away at St. Therese Villa, on Friday, May 14, 2021, at the age of 92 years.

Bill believed, what the mind could conceive, the hands could achieve. He was a master at anything mechanical, building his first car from parts he could find and maturing to a first-class auto mechanic and service manager. He was also a master at woodworking, building his parents beautiful new kitchen cabinets and many other projects all from the pictures in his head. Bill had a huge garage filled with professional grade tools in his backyard, which was the backbone of his sons’ education. It was a wonderland for friends of all ages, especially because Bill shared his talents with everyone who showed an interest.

Bill was a huge fan of Honda’s Gold Wing Motorcycles. He owned a large number of these motorcycles. He prided himself on riding at least one day of every month of the year. Bill treasured the many and varied friends he made among motorcycle enthusiasts.

Bill loved to visit with good friends at Dairy Queen and at the Fairmont McDonald’s Restaurant, where the troubles of the world were discussed and solved. Many of those folks remained in his memory for years.

Bill fought long and hard to face the challenges that came his way. At this time, we’d like to thank his caregivers at St. Therese Villa for their loving attention, and to the staff at Chinook Regional Hospital for their efforts.

The family will hold a Celebration of Life at a later date.

In lieu of flowers, friends who desire may wish to honour Bill’s love of animals with a donation to the Lethbridge and District Humane Society (2920 – 16 Avenue North, Lethbridge, AB, T1H 5E9).

One Condolence for “PENN, Bill”