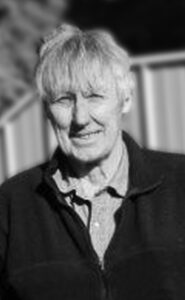 PAUL FROLIAN SNOPEK was born March 21, 1946, in Lethbridge to Martin Snopek Sr. and Mabel Snopek (née Bryant). He passed away peacefully at the Edith Cavell Care Centre on Tuesday, May 18, 2021, with his very close friend Linda Bissett at his side.

Paul grew up on a farm near Enchant and loved every part of farming, especially fixing the machinery and vehicles. To many, he was known as “Mr. Fix-it” as there wasn’t a project he wouldn’t take on. He was employed by the City of Lethbridge for 36 years before retiring in March 2006, when he moved from his acreage outside of Lethbridge to his present home in the city. He worked as a heavy equipment operator, earning praise for his excellence of work.

Paul loved to work on trucks, GMC’s in particular. He would fix them up nice and shiny and then couldn’t part with them, so he was seen driving a different truck around town quite often. His favorite was his 1984 GMC C1500 Red truck, which we are sure he is driving around heaven right now, with a full tank of gas that will never run out.

A Celebration of Life will be held at a later time. In lieu of flowers, please make a donation to the Alzheimer Society (alzheimer.ca)