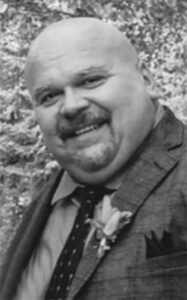 Mr. Wayne Barrows of Coutts, beloved husband of Mrs. Sandra Barrows, passed away suddenly at Chinook Regional Hospital on Thursday, April 7, 2022 at the age of 57 years.

Wayne was born the only son of Russel and the late Rose Barrows in Milk River, Alberta on June 20, 1964. He attended elementary and junior high school in Coutts and later graduated from Erle Rivers High School in 1982, marrying his high school sweetheart, Sandra, only 4 months later in October.

At the young age of only 5, Wayne approached his mom to pray with him and to accept the Lord. His devotion to the Lord was lifelong, and he eventually became a registered Pastor in 1996. Music was also a major part of his life, beginning in elementary school and church continuing to adulthood. In 1983 he started playing with a Christian band named LOGOS led by Paul LaBelle. Wayne’s love of sports led him to coach basketball and many other sports for boys and girls.

Besides taking over the family farm after his marriage to Sandra, Wayne worked at many other professions, being a true entrepreneur from the time his grandma Fern bought him his first lawnmower at age 16. He owned his own janitorial business, landscaping business and was the owner and operator of Zestos restaurant in Coutts. He later studied and received his business license as an Exempt Market Dealer Representative. Being a Pastor, he also officiated many weddings and funerals over the years.

He was predeceased by his mother Rose Barrows, and mother and father-in-law Frances and Fred Mueller.

Wayne’s large and infectious smile made him many, many friends from all over the world. He will be dearly missed by all that knew him.

Friends and family are invited to pay their respects at 10:00 am on Monday April 18, 2022 at PARALLEL CHURCH LETHBRIDGE, 1 Mile East on Highway 3, Lethbridge, Alberta with Pastor Kelly Stickel, officiating.

A Funeral Service will be held at 11:00 am, on Monday, April 18, 2022 at PARALLEL CHURCH, LETHBRIDGE, 1 Mile East on Highway 3, Lethbridge, Alberta. For those who wish to watch the service via livestream, please go to https://www.mbfunerals.com/obituary/Wayne- Barrows and scroll to the bottom of the obituary page.

Flowers are gratefully declined. For those who wish, donations may be made to MyCityCare 120 F Mayor Magrath Dr N, Lethbridge, AB T1H 3P4, or Not4Sale, https://not4sale.ca/contact-us/ .

One Condolence for “BARROWS, Wayne Allan”