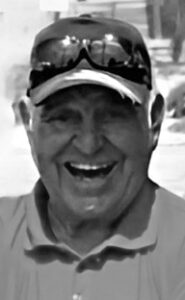 We are heart broken to share the news that Les (Leslie) Franklin Smith, our beloved husband, father, grandfather, & great grandfather passed away at St. Michael’s Health Centre in Lethbridge, AB. May 15, 2022 at the age of 74.

In lieu of flowers donations can be made to the Milk River Cemetery in Les’ name at PO Box 251 Milk River, AB. T0K 1M0 or to the charity of your choice.