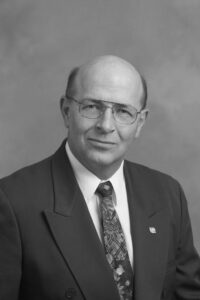 Frederick George Anderson passed away peacefully surrounded by those he loved, at Kootenay Boundary Regional Hospital in Trail, BC, on May 14th, 2022, at the age of 69.

Fred was born in Lethbridge on July 12th, 1952, to Marion (Mac) and Avice Anderson (Frayne). He was the youngest of four children. He graduated from LCI High School in 1970 and went on to obtain his journeyman mechanic’s certificate while working for Sears Automotive and later, Motor Mower. In 1981 he began his lifelong career with Atco Gas where he became licensed in heavy-duty mechanics. Fred was Fleet Sub-Foreman for the Lethbridge Division before transferring to Calgary as Fleet Foreman. Upon his retirement in 2014, he moved to Creston, BC with his wife Ellen, where he enjoyed ‘working’ at Mawson’s Sports, aka ‘his happy place’, up until his passing.

Fred played little league baseball when growing up, broomball for several years and then softball on the Labatt’s team, which really was his passion, along with being assistant coach for the ‘76 Chargers rep soccer team. He was a camping and boating enthusiast, a self-made skilled carpenter, motorcyclist, avid marksman and amazing dancer! He will be remembered as a Jack of all Trades and the Life of the Party.

He is survived by his loving wife of 18 years, Ellen (Woodson), his children; Theresa (Chris) Yauck and Cheryl (Chad) Patterson of Lethbridge, stepchildren; Rachel Noto of Calgary & Aaron Woodson of Victoria BC, 7 grandchildren who affectionately called him “Grumpy”; Angela, Julia (Lennox) & Dominick Yauck, Alexia & Aries Patterson and Khaidin & Zeda Stickel, siblings; Margaret Liska of Lethbridge & Arthur (Gloria) Anderson of Cardston, along with many nieces and nephews.

A wonderful, kind and loving husband, father, Grumpy and friend, Fred will be dearly missed by all who knew him. In his humility, he did not know the importance his presence had on those who knew and loved him. A private Celebration-of-Life will be held at a later date.