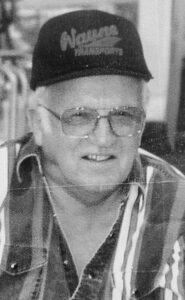 Helmut Waage passed away peacefully at the Milk River Health Centre on Thursday, May 19, 2022, with his loving wife at his side.

Helmut was born in Vaalerman, Germany, to Gustav and Caecile (Reese) Waage on August 26, 1938. He began his schooling in Germany, but after Gustav’s death, he, his mother, sister Lisa, and twin sister Trudy sailed to Canada in 1951. They then traveled to his Uncle John (Amanda) Reese’s farm in Milk River, Alberta. After leaving school in Milk River, Helmut worked for several farmers, the loading dock in Coutts and then many years for Les Vornbrock Construction. Along the way he picked up the nickname ‘Hymie.’

This has grown to include 13 great grandchildren. Family was very important to Hymie and he loved them all!

After his marriage he started his own construction company and built many beautiful homes in the Milk River/Warner area. He took a lot of pride in the finishing work of his carpentry. In later years he enjoyed driving combine for his cousin (more like a brother), Ken Reese.

By request there will be no formal funeral service.