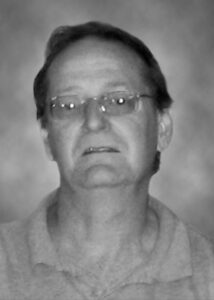 David Richard Hart of Clyde, AB passed away on April 8, 2022, after a short illness.

David was born April 2, 1958, in Taber, AB. After graduating from W.R. Myers High School, David obtained his Registered Embalmer’s License and worked for four years in this field. He enjoyed a career as a power engineer in the energy and mining industries working in Taber, Medicine Hat, northern Saskatchewan and the oilsands. His hobby was buying and selling model steam engines and collectables.

David will be remembered by his siblings, Maureen Hart, Frances (Neal) Tully, and George (Bonnie) Hart, all of Calgary, Rita (David) Guest of Kelowna, Charlie Hart and Patrick (Bonnie) Hart of Taber. David leaves behind six nieces and nephews and two great-nephews. He is predeceased by his parents, Ray and Cecelia Hart.

Thank you to the doctors and staff of the Royal Alexandra Hospital’s ICU Department for the compassionate care and support shown to David and his family.

At David’s request, no service will be held. In lieu of other tributes, donations may be made to Autism Speaks Canada. https://www. autismspeaks.ca/

Photos, memories, and condolences may be shared through www.parkmemorial.com.