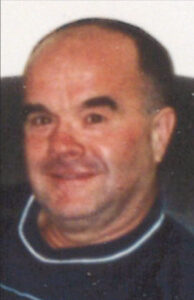 Charles Beauchamp
1946 – 2022
Charles Henry Beauchamp, passed away in Taber on Saturday, July 9, 2022 at the age of 75 years.
A private service will be held. Burial to follow at the Taber Memorial Garden. Condolences may be forwarded by visiting our website at www.southlandfuneral.com.
Charles is survived by his loving sister Sheila (Bob) Span of Barnwell, as well as numerous wonderful nieces and nephews. He will also be remembered by his special friend Bonnie Carlson.
He was predeceased by his grandmother Marguerite Meyers; his parents Myrtle and Joseph Beauchamp; his sisters Peggy Ivan, Marjorie Martin and his nephew Scott Ivan.
Charles was raised on the family farm ten minutes south of Taber which he would eventually take over and operate. He graduated from St. Mary’s School in Taber and later attended the University of Lethbridge.
Charles had a deep love and respect for his dogs Blackee, Tippy, Little Guy, Tiger and Bear who were his ‘lifelines’. He also had a keen appreciation and passion for old, vintage cars. He was a generous man who experienced several trials throughout his lifetime. Charles will be greatly missed by his family and friends.
If friends so desire, memorial tributes in Charles’ name may be made directly to the Taber and District Health Foundation, 4326 – 50 Avenue, Taber, Alberta T1G 1N9 (www.tdhf.ca).
Charles’ family would like to extend their appreciation to all the doctors, nurses and staff at the Taber Hospital and Linden View, who assisted in providing his care. A special thanks to Dr. Yawney.
Arrangements in care of Southland Funeral Chapel, Taber. Telephone: (403) 223-8778.

One Condolence for “BEAUCHAMP, Charles”