HENRY SIEBERT, a caring husband, father, grandfather and friend, passed away on July 10, 2022 at the age of 81 at the Coaldale Health Care Centre after a long battle with cancer.

Henry was born on October 11, 1940. He grew up in a big happy family – four brothers and seven sisters. He had the example of patient, loving parents and was surrounded by Christian influences all of his life.

Henry accepted Christ as his personal Lord and saviour at the age of 12. He was baptized and became a member of the Coaldale Mennonite Brethren Church at age 18, where he served faithfully.

Music was a big part of his life. He found himself especially fulfilled when participating in choirs, quartets and male octets. The Siebert family loved singing and it was a common event for them all to gather around the piano. This tradition continued even as the family gradually became smaller.

On June 29, 1968, Henry married the love of his life, Anne Regier. It was a very rainy day and as the saying goes, “if it rains on your bride, you will be rich.” They were rich in love for one another and were blessed with 54 years of marriage. God’s greatest blessings were two sons, Garry and Darcy. The four of them were a family and did all of the things that a family does and now have a heart full of memories. Soon the family grew and two special daughters-in-law, Joanna and Rachel, were added to the family. Then the grandchildren arrived – Logan, Hannah, James, Avery and Joel. Henry enjoyed family times together and was always so interested in how and what everyone was doing.

Farming became his way of life and he put his heart and soul into it. The last 18 working years before retirement he drove a cement mixer truck for Inland Concrete. He always enjoyed work and looked forward to Monday mornings to be back in routine. In retirement, Henry and his sons operated a tree farm which allowed them to spend many hours together.

In all areas of life, Henry was given to great detail. If something needed to be done, there was really only one way to do it and that was the ‘right way’. He took good care of his family and made sure they were always provided for.

Even though Henry’s journey in the past few years was difficult, he never lost his faith. He prayed passionately for healing but it was not to be. In the last few weeks, he often said, “I believe… I believe,” and that is what carried him through.

He was predeceased by his parents, Peter & Susanna Siebert; his brothers, Peter, David, John and Jake, and his sisters, Mary, Anne, Tina and Helen.

A Memorial Service will be held at COALDALE MENNONITE BRETHREN CHURCH, 2114 – 18 Street, Coaldale, Alta. on Saturday, July 16, 2022 at 11 a.m. The service will be livestreamed and can be accessed via Henry’s obituary on Cornerstone’s website or the following link: youtu.be/G-_TXUmT5YM.

In lieu of flowers, donations may be made to ShareWord Global (Gideons). 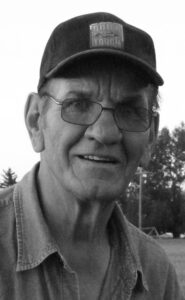 One Condolence for “SIEBERT, Henry”