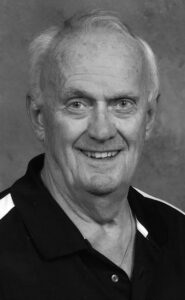 NORMAN ‘NORM’ LORREY WHELPLEY, beloved husband of Cathy Whelpley of Lethbridge, passed away at home on Thursday, July 21, 2022 at the age of 78 years.

He is predeceased by his parents Norman and Eileen Whelpley; his brother Robert “Bob” Whelpley, and in-laws John and Mary Leon.

Norm was born in Halifax, Nova Scotia on May 6, 1944 to Eileen and Norman E. Whelpley. In 1965, Norm joined the Canadian Army to become a member of the Military Police, eventually being posted to CFB Calgary. In 1968, Norm left the Armed Forces and joined the Lethbridge Police Department. In 1997, after serving over 29 years with The Lethbridge Police Department, he retired as Staff Sergeant to start a new adventure at the Lethbridge Community College, teaching in the Criminal Justice Program until 2002.

Norm met his wife, Cathy in Victoria B.C. in May 1967; while they were both performing military members of the ‘67’ Canadian Armed Forces Tattoo. Norm and Cathy were married on June 29, 1968 in Lethbridge, and celebrated 54 wonderful years. Norm volunteered in All Saints Parish in different ministries through the years. He also served on numerous Executive Boards, including the 1st Choice Credit Union; The Italian Canadian Club; The Knights of Columbus 1490; Fourth Degree Father Lacombe Assembly No. 0007, and was member of the Royal Canadian Legion. Norm loved to hunt, fish, golf and coach hockey. Norm and Cathy enjoyed travelling before and after they retired. Norm was devoted to his family, and he will be deeply missed by them, as well as his many wonderful friends.

A Funeral Mass will be Celebrated at OUR LADY OF THE ASSUMPTION CATHOLIC CHURCH, 2405 – 12 Avenue South, Lethbridge, Alta. on Thursday, July 28, 2022 at 10:00 A.M. with Father Kevin Tumback, Celebrant. Cremation to follow. The Funeral Mass will be livestreamed and may be accessed via Norm’s obituary on the Cornerstone website.

In lieu of flowers, donations may be made to the All Saints Parish Building Fund, 2405 – 12 Avenue South, Lethbridge, Alta., T1K 0P4