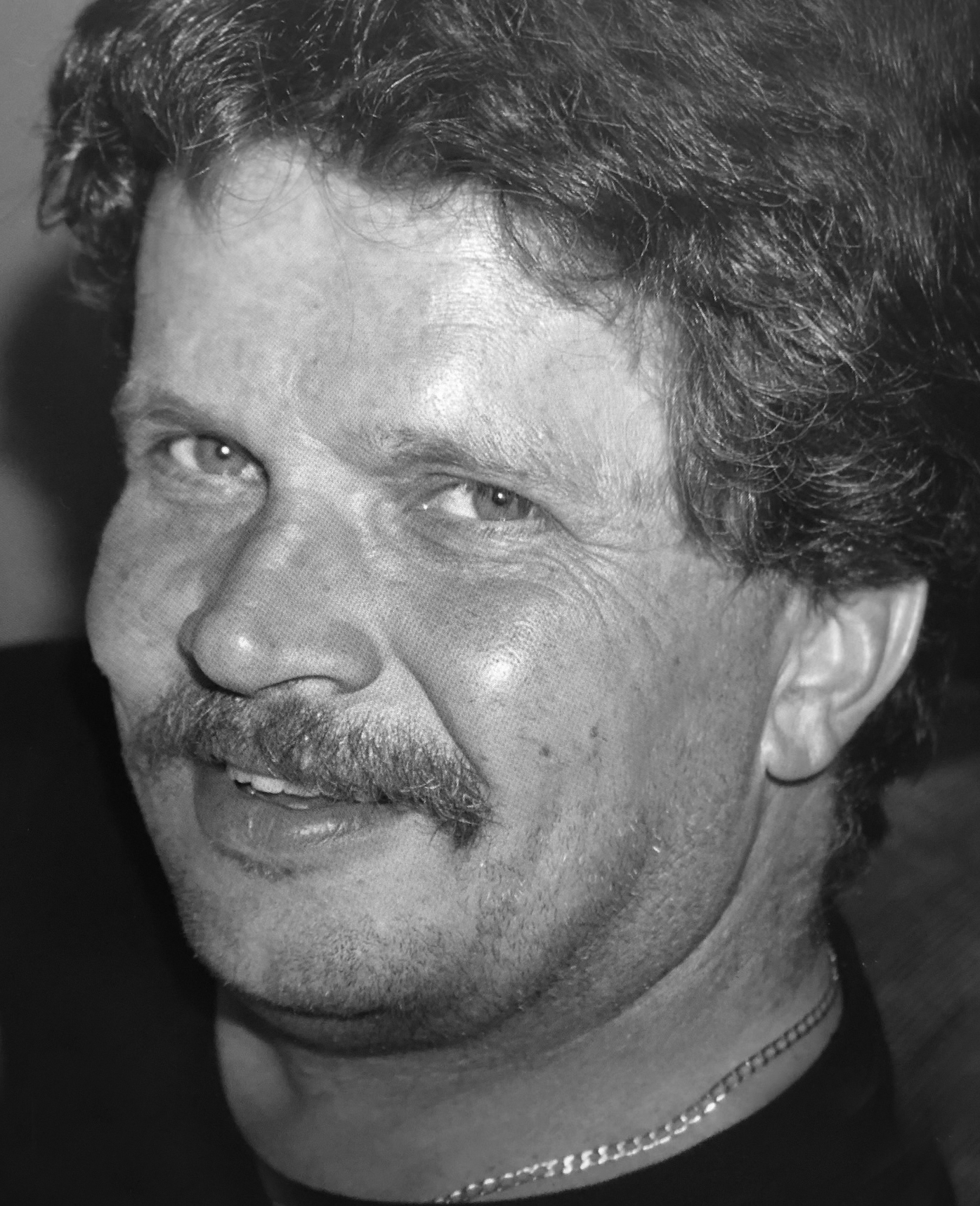 ROBERT “ROB” OVERN 1961 2022 A son, a best friend, a father and an all around great man.
Following a brief illness, Rob Overn, passed suddenly on October 3, 2022 with the love of his life and best friend Janis by his side. He sat in the sun on their deck with “the boys”, Stanley and Charlie and now he is at peace.
Rob was born on December 11, 1961 to Roy and Anne Overn in Lethbridge, Alberta where he received all of his schooling and where he called his permanent home. He started a life long successful career with CP Rail at the age of 19, where he worked for 36 years. Rob started as a brakeman and eventually became an engineer. His meticulous attention to detail won him awards and made him a mentor and role model to many. After his retirement with CP Rail, Rob started with Central Canadian Railway in the fall of 2016. An instrumental asset, Rob eventually lead CCP’s operations in both Saskatchewan and Alberta. As an “Old School Rail Roader” everyone he worked with would confirm, he would always go above and beyond and never complained about the many challenges in his work.
His kind and generous nature and infectious smile, had him helping many friends and family with projects and or chores that needed to be completed. Rob loved golf, tinkering with wood, building things, being at the farm and especially caring for others, as he cared for his wife, holding her hand in his last days. He joked about blue jobs and pink jobs, was never idle and loved completing projects with Janis, always going the extra mile.
He is survived by his wife Janis (Popson); beloved mother Anne Overn; daughters Lyndsay (Todd) Walcott of Picture Butte, Holly (Jerrod) Verhaest of Medicine Hat, Bobbi Whillans and Cory Andres; his treasured grandchildren Addyson, Rowan, Autumn Walcott, Jace and Harper Verheast and Jadie Zuccatto. Brother-in-law Darren; sister-in-law Cheryl; nephews Bo Popson, Josh and Brett Marchuck. The Mitson family Layne, Denise Still, Joyce Leach and their families; good friend Agnes Hulse who considered him as her adopted son; “The Boys” Stanley, Charlie and Tigger.
Rob was pre-deceased by his father Roy; father-in-law Stanley “Stan” Popson; mother-in-law Loretta Goertzen and grandparents Doris and Nick Zelenko.
A Celebration of Rob’s Life will be held at 3:30pm on Saturday, October 22, 2022 at MARTIN BROTHERS RIVERVIEW CHAPEL, 610 – 4 Street South, Lethbridge, Alberta. To watch the service via livestream, please go to HYPERLINK “https://www.mbfunerals.com/obituary/RobertRob-Overn” https://www.mbfunerals.com/obituary/RobertRob-Overn and scroll to the bottom of Rob’s obituary.
Instead of flowers, please have a Kokanee in memory of Rob.
Visit www.mbfunerals.com to send a condolence.

One Condolence for “OVERN, Robert”