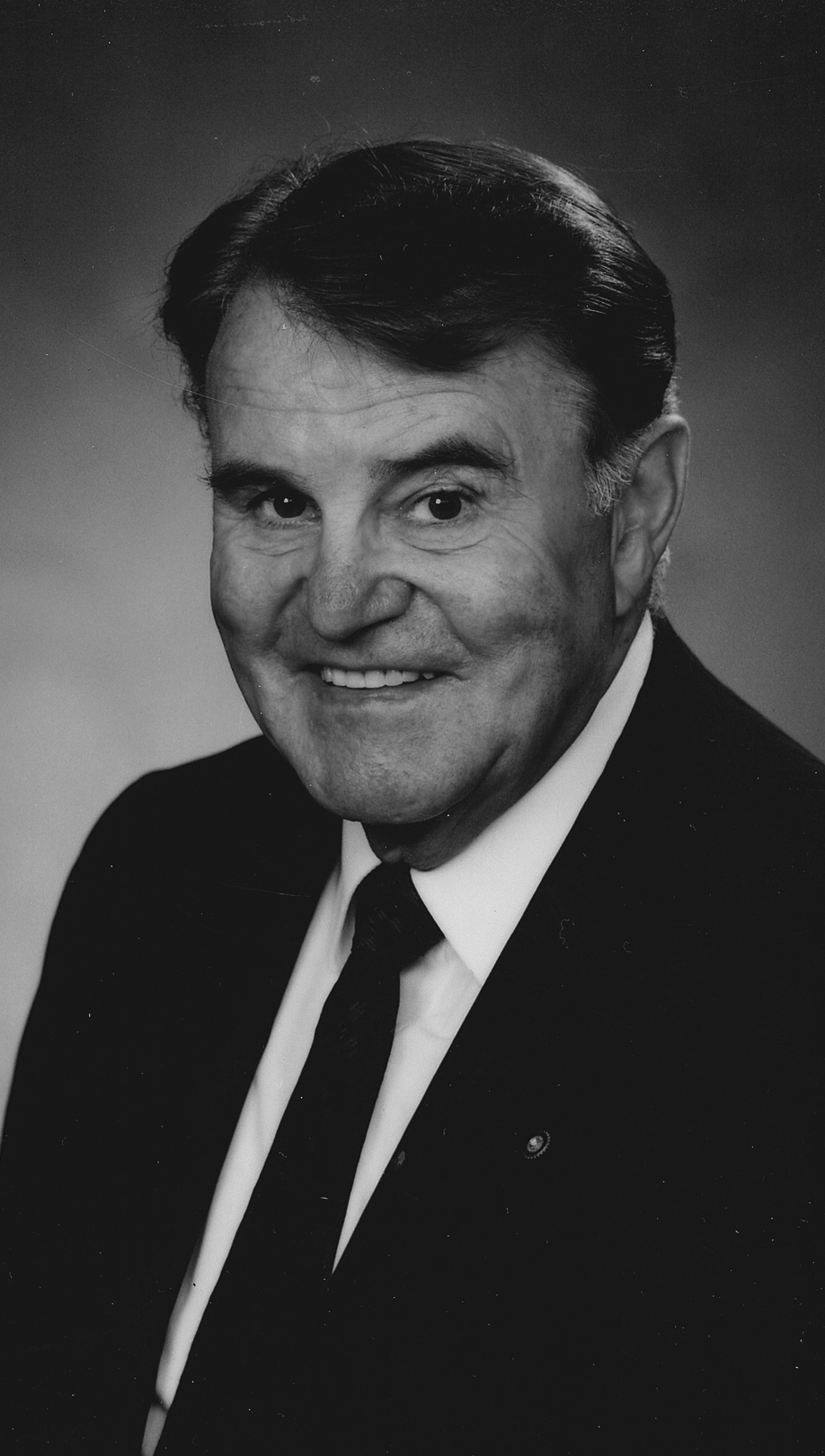 BRANDLEY It is with sadness the family of CALVIN SELK BRANDLEY announce his passing on October 8, 2022, at Lethbridge, Alberta. Cal was born January 25, 1928, in Stirling, Alberta, the oldest child of Joseph Smith Brandley and Anna Madeline Selk Brandley. He was raised in Stirling, and had fond memories of family, farm, friends, school and sports. After High School he attended Brigham Young University and received a degree in Agricultural Economics. While at BYU Cal met and married Viola Johansen of Lethbridge. He later graduated from law school at the University of British Columbia. Cal and Vi then returned to Lethbridge and he was involved in private practice for a few years. Cal then took a position as a lawyer for the Alberta Department of Agriculture for the rest of his career. He enjoyed this work very much, and the associations it brought throughout the province. Besides his professional endeavors, he continued to run the farm at Stirling, and the ranch he acquired in the foothills south of Pincher Creek.
Cal’s family was the center of his life, and he wanted them to be involved with him whether in work or play. He was never happier than when he could go on horseback rides with family at the ranch or in the mountains. He was a faithful member of The Church of Jesus Christ of Latter-day Saints, and he served in the Church in many capacities over the years. He was a kind and generous man, who was quick to help others and be sensitive to the situations of those around him. Cal was an active member and an honorary member of the Lethbridge East Rotary Club for over 60 years.
It was difficult for Cal when his wife Vi passed away in 1977, and then his son, Dallan, in 1991, but he carried on with strength and was a great support for children and grandchildren. He has resided the last few years at Extendicare Fairmont in Lethbridge, where he received quality care and support, which his family has greatly appreciated.
Cal was predeceased by his parents; wife, Viola; son, Dallan; sisters and husbands, Ireta (Scott) Wolfley, Cleo (Gary) Gardner; and brother-in-law Robert Linebarger. He is survived by his daughters: Janay (Randy) Smith and their children, Mekell (Quinn) Lybbert, and Melora (John) Rasmussen; Cheralyn (Greg) Steed and their children, Rashelle (Mark) Leishman, Jorie (Mac) Clements, Hayley (Wes) Fairbanks, and Whitney (Jay) Rainsdon. He is also survived by a daughter-in-law, Jadene (Terry) Huston and her and Dallan’s children, Jaylyn (Todd) Baxter, and Ryan (Michaela) Brandley; as well as a brother-in-law Frank (Ann) Johansen, and sister-in-law, Joyce Linebarger. He was extremely proud of his 8 grandchildren and 24 great grandchildren. Cal never missed out on the opportunity to support children, grandchildren, and great-grandchildren. He loved to spend time with them and shared in their activities and accomplishments.
Cal will be lovingly remembered by family and friends as an influence for good in their lives. He appreciated his extended family and cherished their support. Cal had a loyal group of friends that were always there for each other.
A Funeral Service will be held on Saturday, October 22, at 11:00 AM at the FAIRMONT CHAPEL of The Church of Jesus Christ of Latter-day Saints, 205 Fairmont Blvd S, Lethbridge, Alberta. The Service will be preceded by an opportunity to meet the family at the church from 10:00 to 10:45 AM.
The Funeral Service can be viewed online through the link provided on the funeral home website.
To send a condolence, please visit www.salmonandsons.ca