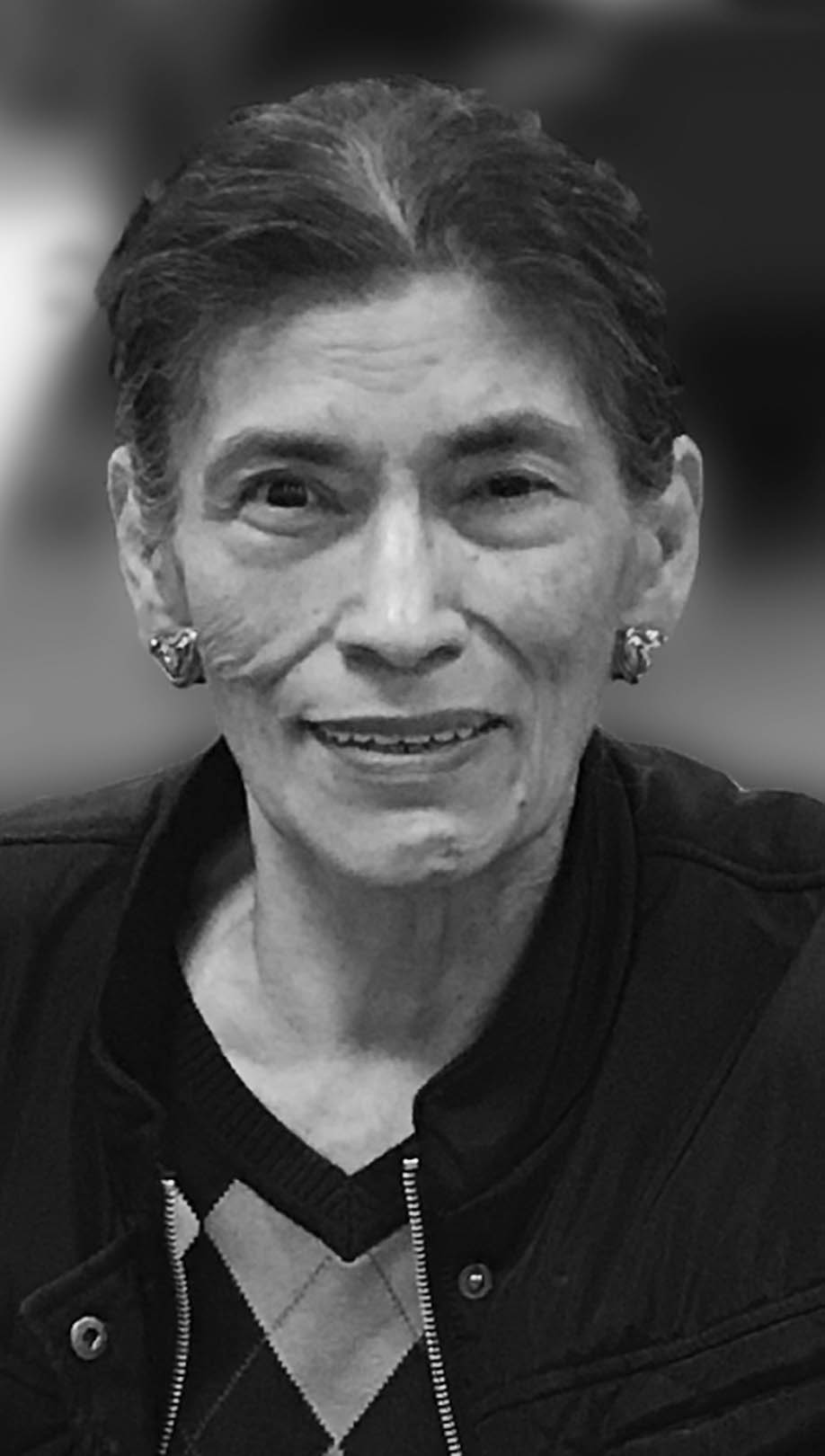 CAMELIA DUMONT 1949 2022 Camelia Dumont of Lethbridge passed away peacefully surrounded by her loving family at Chinook Regional Hospital on October 14th, 2022 at the age of 73 years.
Camelia is survived by her two sons, Daniel Healy Jr., and Steven (Divine) Healy Sr.; her grandchildren, Steven Healy Jr., Salena (Colbey) Healy, Dakota Wadsworth, Jeremy Oka, and Patrick Oka; as well as numerous great-grandchildren, relatives, and close friends.
Camelia was predeceased by her parents, George Dumont and Verna Roberton; her son Anthony Healy; her siblings, David Dumont, Avis Maxwell, and Laurenza Dumont; her niece Louellyn Dumont, and nephew Blaze Cardinal.
Camelia was born in Lloydminster, Saskatchewan, on January 28th 1949, to George Dumont and Verna Roberton. She grew up in Fort Macleod and graduated high school at F.P. Walshe. Camelia continued her education at the University of Lethbridge where she acquired her B.Ed. She furthered her education at the University of Oregon and received her M.Ed. She continued with PhD studies in California.
Having spent over 30 years as an educator, Camelia had an impressive resume. She was a teacher at St. Mary’s School, until she moved on to teach at the Lethbridge College. She also worked within the Willow Creek School Division at G.R. Davis and F.P. Walshe. Camelia finished her career as an educator at the University of Lethbridge within the Faculty of Education.
Camelia was heavily involved within the community. She was part of the Lifelong Learning Association, Aboriginal Council, Native Women’s Transition Home, and an advisor to Opokaa’sin Early Intervention Society. These are only a few of her involvements; she also volunteered extensively for multiple organizations in Lethbridge.
Within retirement, Camelia mostly enjoyed playing bingo, watching her favourite sports teams, and of course keeping up with her astrology.
Camelia touched many hearts and will be missed dearly by her family, friends, and the community.
A Memorial Service will be held at 11:00 AM, on Friday, October 21, 2022, at MARTIN BROTHERS RIVERVIEW CHAPEL, 610 4TH STREET SOUTH, Lethbridge, Alberta.
Visit www.mbfunerals.com to send a condolence.