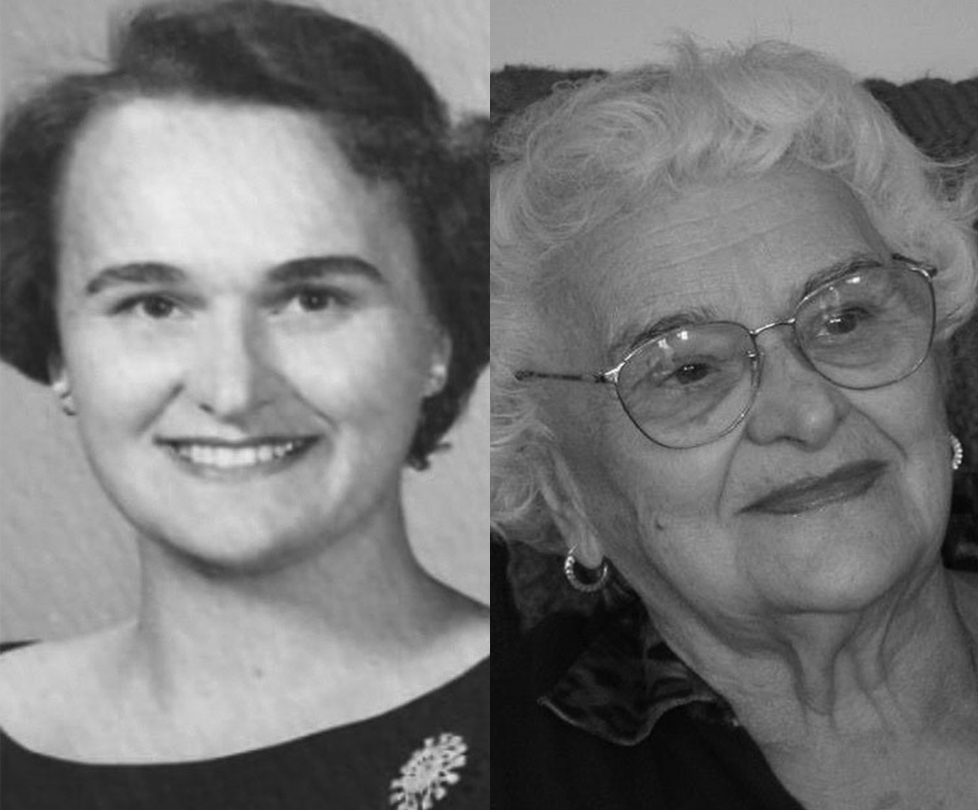 THERESA KROL Mrs. Theresa Krol, passed away peacefully on Saturday October 15, just two weeks shy of her 95th birthday, at the Cottonwoods Care Centre in Kelowna. Theresa was born in Jarkovac, Yugoslavia to Johann and Susanna Kaufmann. As a girl, she worked in the family bakery and as a teen, was training to be a teacher when WWII broke out. After the war the family fled, mostly on foot, to allied-occupied Austria and settled near Villach, where she later met her husband, Alfons. Theresa and Alfons immigrated to Lethbridge, arriving at the old train station in June 1950. While raising their family and after several years of employment with St. Michael’s Hospital, they opened their own grocery store, eventually with both north and south Lethbridge locations. Theresa and Alfons enjoyed an early retirement and travelling, especially to Europe or to see family. Retirement also gave Theresa a chance to be a completely devoted “Oma” to her grandchildren, who were the smartest and best looking grandchildren anywhere. She also loved to read and to be in the kitchen, and those who sat at her table were awed with her wonderful cooking and baking. Theresa was deeply loved by her children who all assisted her to maintain her independence for as long as she could. She also gave her children and grandchildren lots of joy and amusement with the many traits that made her uniquely special. We went through many hearing aids before she declared the problem was that she was allergic to them. Finally, an answer.
Theresa was predeceased by her parents and her husband, two sisters, Kathe and Karolina, a brother, Michael Kaufmann and a grandson, Michael Izsak. She is survived by her children, Erika, John (Audrey), Alfons (Penny) and Terese; and by her grandchildren Michele (Rick), Rob, Karmen (Lisa), Jeremy (Christine), Jessica (James), Gillian (Garth), Elana (Mark) and Walt; and 13 great grandchildren. She is also survived by two sisters, Irma in Germany and Eva in Wisconsin; sister-in-law Colleen Kaufmann in Lethbridge and many nieces and nephews in Canada, USA, Germany and Austria.
Arrangements and cremation in Kelowna by Springfield Funeral Home (springfieldfuneralhome.com). A graveside service will be held at Mountain View Cemetery in Lethbridge at a later date.

One Condolence for “KROL, Theresa”