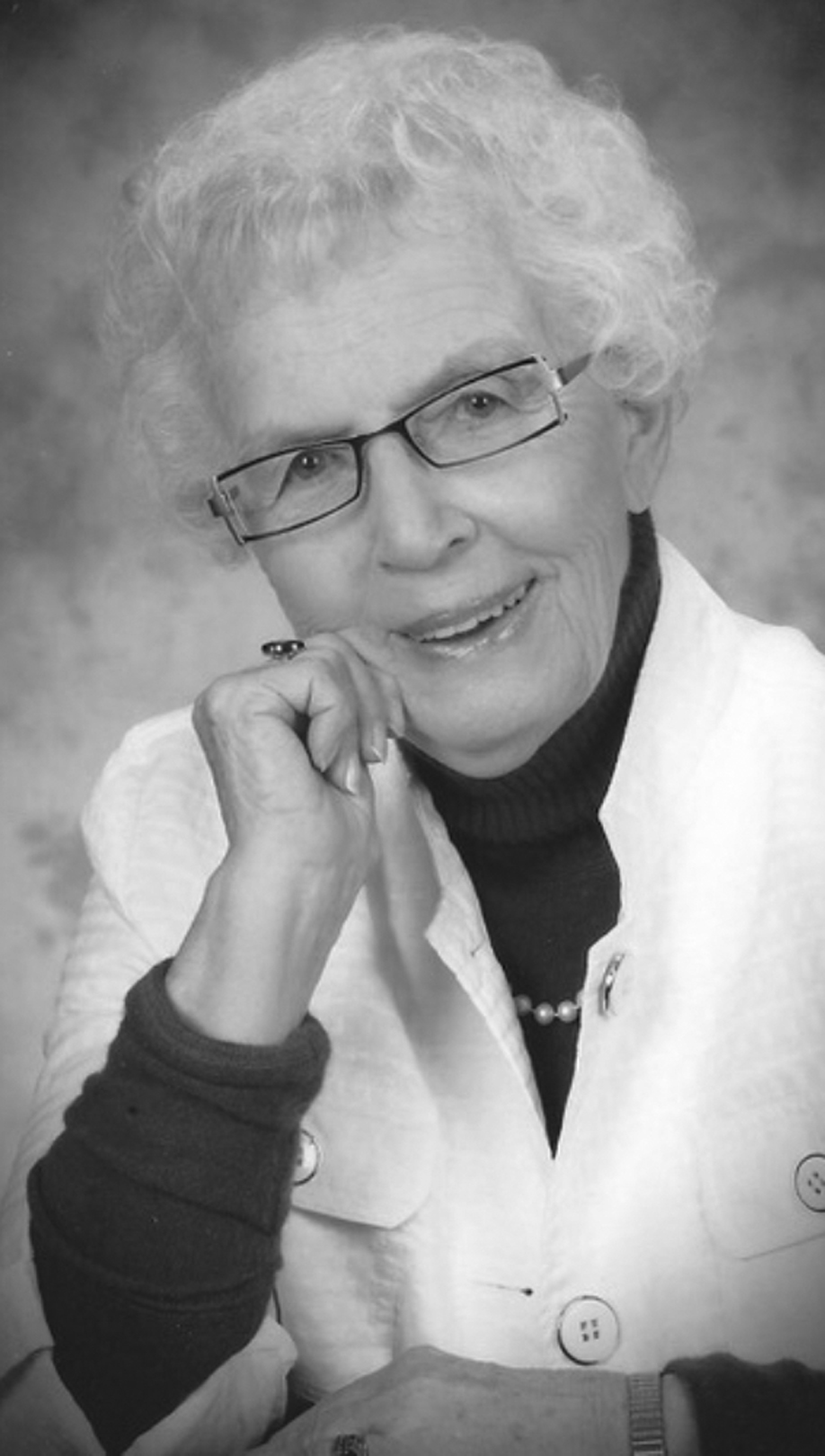 SMITH ORVA LYBBERT SMITH, beloved wife of the late Ronald W. Smith, passed away in Raymond on Wednesday, October 19, 2022, at the age of 93 years.
She is survived by her nine children: Marsha (Darrel), Dwain (Jessie), Wade (Charmayn), Dale (Pam), Reed (Lori), Monty (Tamara), Gordon (Tobie), Jennifer (Ken), and Sharla (Frank). She is also survived by 37 grandchildren, 84 greatgrandchildren, and 1 great-great grandchild. Orva will be sadly missed by her brother, Glenn, and many extended family members and friends.
She was predeceased by her husband, Ron, and her parents, Lester and Delvia Lybbert, her siblings Tom (Lucille), Dwain (Evangeline), Merlin (Nola), Flora (Arlen), and Jay (Beverly), and her grandson Shane Smith.
Orva was born in Cardston on July 7, 1929. She considered herself to be a real “pioneer.” When she was four years old, she traveled with her family by covered wagon from Glenwood to northern Alberta to homestead in the Cold Lake area. They lived in a log cabin and faced many hardships. Life was challenging and a person had to be tough to survive.
That “toughness” was a trait Orva developed and exemplified throughout her life.
The family moved back to Glenwood when Orva was eight. In the years that followed, she learned many homemaking skills and became a popular babysitter because parents could entrust their children to her. When she was eighteen, she began working in Cardston at a bakery. It was during this time she met a young man named Ron Smith, and as she says:
“I guess the rest is history.” They were married on April 6, 1949, in the Cardston Alberta Temple.
Orva’s “toughness” was demonstrated repeatedly as she worked hard to create a happy home environment for her husband and nine children.
She ensured that gospel principles were taught and modeled. Arising early each morning, she tended to a myriad of household chores besides helping care for hundreds of chickens and delivering thousands of eggs to businesses and individuals in the area. In later years she worked at the Grandview Nursing Home and then at the Cardston Alberta Temple.
She saw many changes in the world during her lifetime, but there were some things that remained constant: the love for her family and friends and her firm testimony of the gospel of Jesus Christ.
The family would like to thank Dr. Eric Baker and the staffs at the Good Samaritan Prairie Ridge and the Raymond Hospital for the excellent care and comfort they provided.
The Funeral Service will be held at The Church of Jesus Christ of Latter-day Saints, Cardston Alberta West Stake Centre, (846 -1 Ave West), Cardston, AB., on Saturday, October 29th, 2022 at 3:30 p.m.
Friends may meet the family from 2:30 to 3:15 p.m. prior to the service.
Interment to follow in the Cardston Cemetery.
To WATCH the service Later or to send condolences please visit www.legacyfuneralhome.ca

One Condolence for “SMITH, Orva”