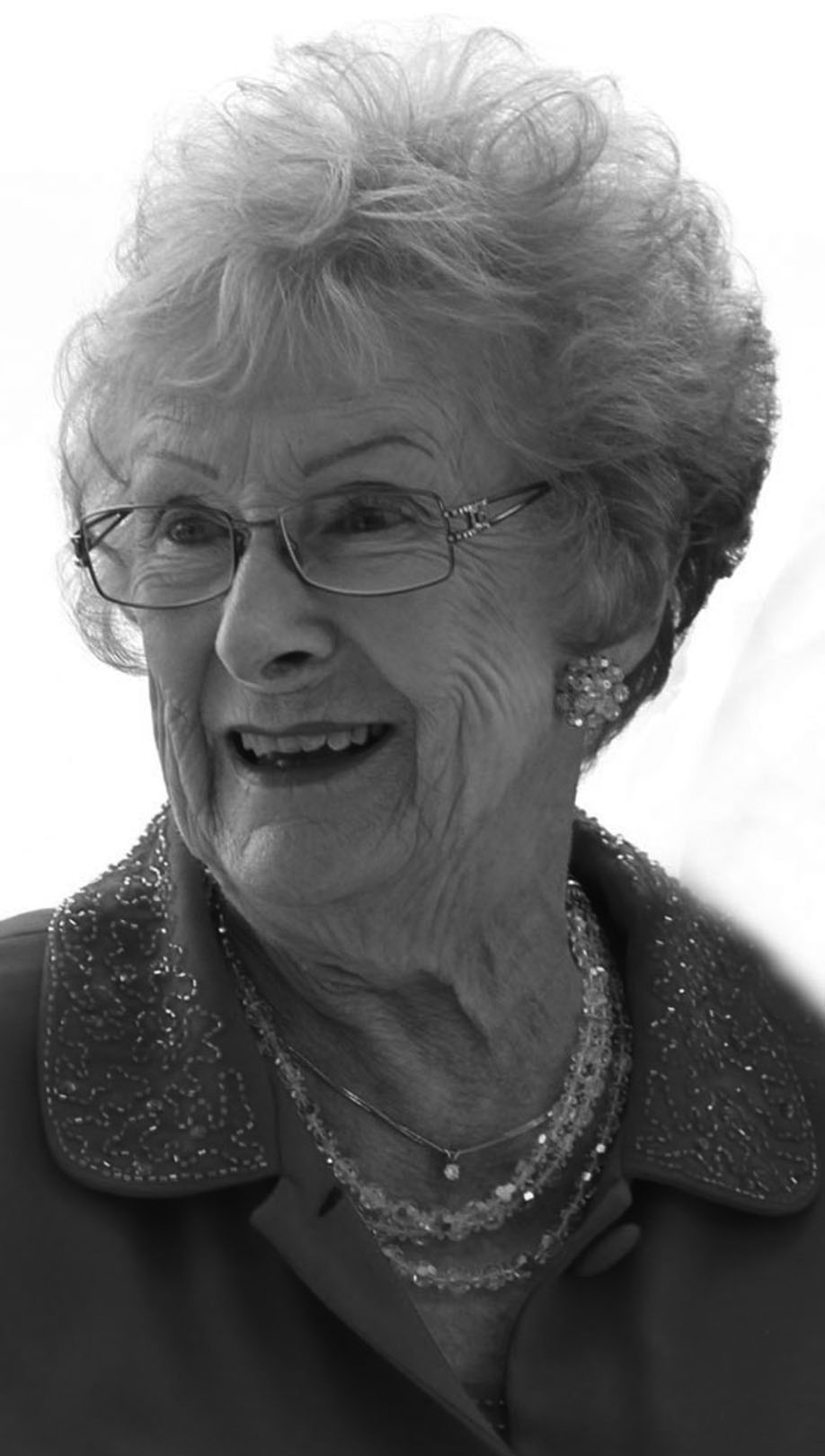 VERDELLE MARLENE PICCINI 1933 2022 Verdelle Piccini, 89, of Lethbridge, Alberta passed away peacefully on October 19, 2022 at Amica Britannia, in Calgary, Alberta.
Verdelle was born in Coal Creek, BC, on June 26, 1933 and was the oldest child of Harry and Eleanor Thompson. Her family moved to Wardner, BC and later to Cranbrook, BC. Verdelle was an ambitious student and was awarded the Cranbrook Memorial Trophy at her graduation in 1951. The award signified excellence in academics, athletics, fine arts and citizenship. She was the first female ever awarded the trophy. The four pillars of the award would be a guiding force in her life. She continued her education in Victoria, BC where she completed post-secondary studies.
Armed with a teaching degree she continued to spread her wings, opening the first kindergarten in Creston, BC. Here, she combined her love of teaching and music, playing the piano for her students and in a local band. It was while playing in the band that she met her husband and love of her life, Enzo Piccini. They were married in 1957 and shortly after, settled in Lethbridge, AB.
In Lethbridge, Verdelle continued her teaching career, working at many of the schools in the city. After retirement, she took up a new career in fashion, working at Patricia Scott and Maxine’s ladies wear. Her flare for fashion and attention to detail was evident and was one of her most memorable characteristics.
Volunteering and citizenship were woven through her years in Lethbridge. She was a faithful member of Mckillop United church holding many service positions. Among her favorites were hospital and senior visiting where her ease of conversation was evident. She also knit for the Chinook Regional Hospital, knitting hundreds of baby toques.
Verdelle’s appreciation for music and theatre took her and Enzo to Calgary for many weekends enjoying seasons tickets to the Philharmonic and the Calgary Opera. She also loved the local theatre productions and kindled a love for theatre in her children and grandchildren.
Her incredible spirit and strength were evident during and after Enzo’s illness and death. Her ability to learn to live and thrive on her own was remarkable. She called old friends, made new friends, tended her beloved garden and home, travelled to the West Coast, enjoyed her grandchildren as they married and had children of their own, joined the knitting group at church, volunteered at the Jack Ady Cancer Center, and leaned on her faith to put one foot in front of the other. Her strength carried her through the battle with cancer this past year with laughter and much dignity.
Verdelle is survived by her daughters Susan (Darwin Sauer), Ciana (Marlon Montoute); grandsons Brendon (Katty), Matthew, Jarrett Sauer; granddaughter Quincey (Josh Vander Hoek); great grandchildren Cole Vander Hoek, Charley Sauer; brother Dean (Denise), and numerous nieces and nephews.
She was predeceased by her husband Enzo, her parents, parent in-laws, and her baby sister Bernice.
A special thank you to all her friends who were a vital support the last few years.
Family and friends are invited to pay their respects between 6:30 pm and 8:00pm on Wednesday, October 26, 2022 at MARTIN BROTHERS RIVERVIEW CHAPEL, 610, 4 STREET SOUTH, Lethbridge, Alberta.
A Funeral Service will be held at 11:00 am, on Thursday, October 27, 2022 at McKILLOP UNITED CHURCH, 2329 – 15 AVENUE SOUTH, LETHBRIDGE, ALBERTA, with Reverend Trevor Potter, officiating.
Visit www.mbfunerals.com to send a condolence.