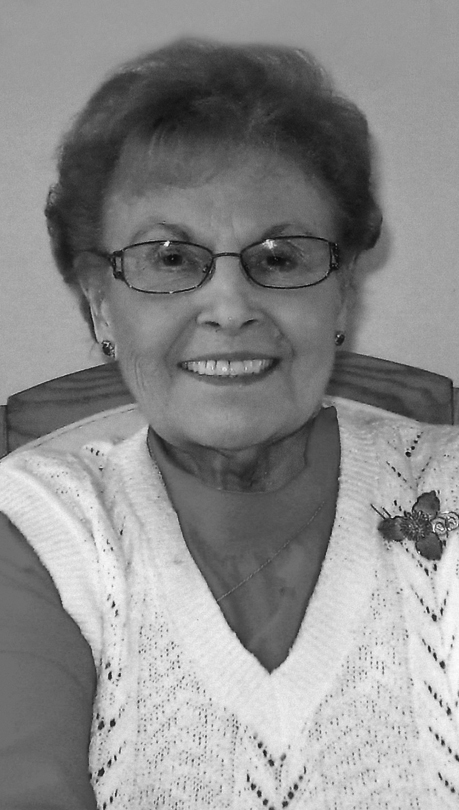 STRAIN CLARA STRAIN passed away peacefully in her sleep on Thursday, October 20th, 2022 at the age of 98 years.
She is lovingly remembered by her daughter, Sheila (Bruce) Webster, step-children, Maryllyn (Bernard) Miller, Lloyd (Alice) and Brian (Nora) Strain, son-in-law Roy Ermter and sisters, Judy Gordon and Liz Kaminski.
Along with her husbands, Joseph “Joe” Urban (1967) and Douglas “Doug”
Strain (2013), Clara was predeceased by her parents, Nicholas and Helen Toth, daughter Marlene Ermter, son, Dwayne Urban, sisters, Margaret Torri, Erma Boisvert and Annie Neyhart and brothers Johnny, Sandy, Andy and Nick Toth.
Clara was born on September 3, 1924, the eldest of ten children. Her parents, who immigrated to Canada from Hungary, owned and operated a sugar beet farm in Commerce, AB, 2.5 km northwest of Diamond City.
Clara met and married Joseph Urban and together, raised their three children on their farm south of Taber. They eventually moved to Lethbridge and sadly, Joe later passed away from Cancer.
Clara was lucky to find love once again and married Douglas Strain, living on his farm near Foremost. In 2013 and after 44 years together, Doug passed away. She eventually moved back to Lethbridge where she remained until her passing.
In 1961, Clara started a beauty salon business in her home in Lethbridge and then continued to operate her business on the farm in Foremost for many years. In addition, she also cooked for the farm hands for several years.
She will be remembered for her Hungarian cuisine, especially cabbage rolls and poppyseed rolls, her needlework and love for dancing.
A Private Family Service will be held at Cornerstone Funeral Home.
Following the service, Clara will be laid to rest with her beloved husband Doug at the Foremost Cemetery.