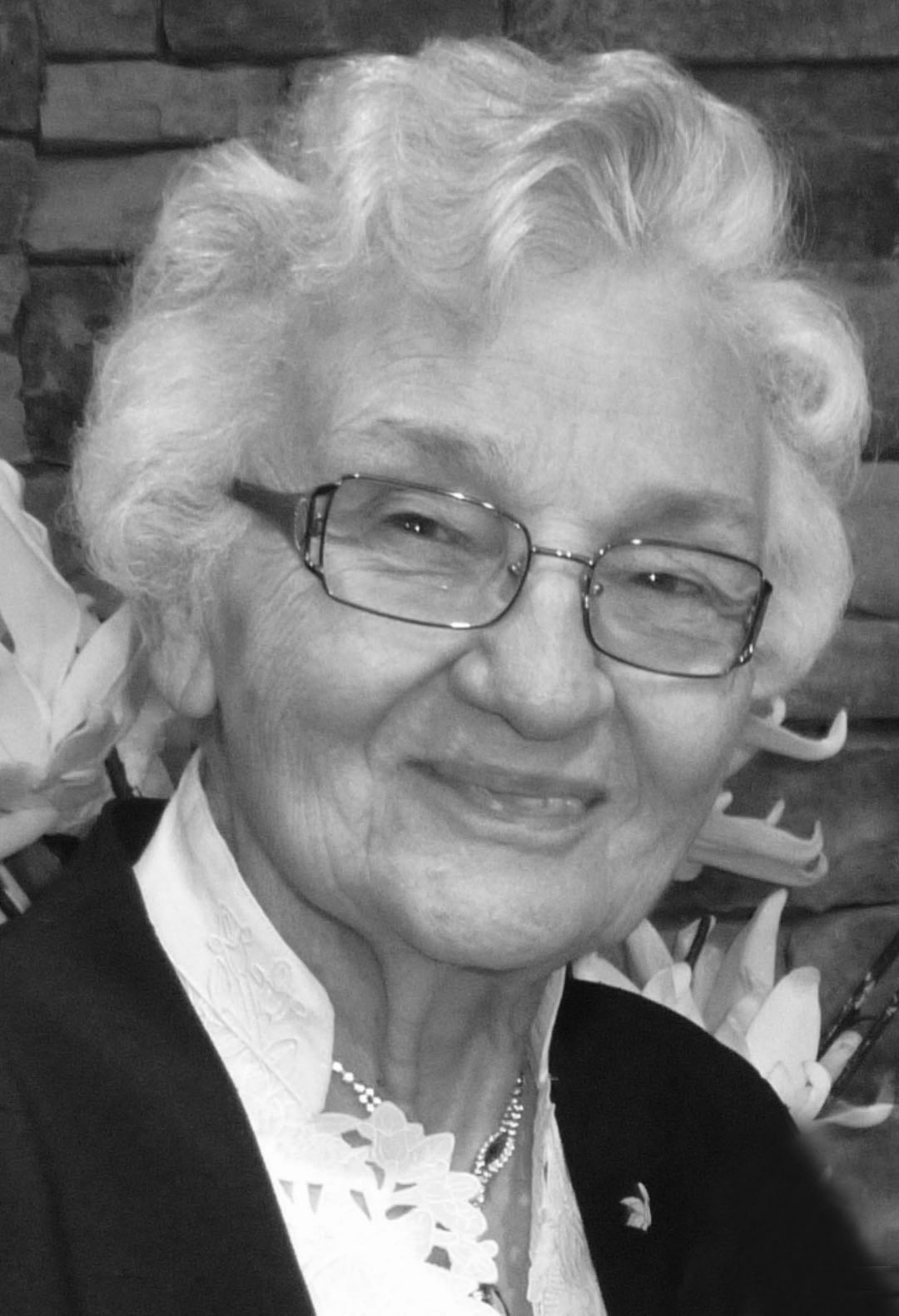 PAULINE BOHNERT 1934 ~ 2022 Pauline Bohnert, beloved wife of the late Hans Bohnert, passed away at the age of 88 at St. Therese Villa on Saturday, October 29th, 2022.
Pauline Hildebrandt was born in Mariewka, Romania on August 6th, 1934. In 1940, when Pauline was just 6 years old, her family moved from Romania to Austria. The family travelled by horse & wagon to Austria where they stayed in a refugee camp for 1 year while they waited to be settled in German territory. They were taken by train to the city of Gogolin, Poland (West Prussia) and were there from 1941 until they had to flee from the advancing Russians in January of 1945. They again fled in a covered wagon further west into Germany. On August 18, 1952, Pauline and her family immigrated to Canada on a ship named Beaverbrae, landing in Quebec. The family travelled to Alberta and settled into a life of farming in Kipp, Alberta. Within one month of arriving, Pauline met Hans Bohnert at a social gathering at the Lutheran Church. Hans proposed to Pauline on her birthday in 1953 and they were married on May 15, 1954. They welcomed 6 sons and spent the majority of their time living on South Parkside Drive and later building & moving into the big house on the hill by the old mine in 1975. Pauline was a dedicated wife to her husband Hans, she was a loving mother and was a very active and serving church member for her entire life. She loved serving others and hosting large dinner parties and was especially known for her wonderful cooking and baking. Pauline never had a negative word to say about anyone and welcomed and loved all those she met. Her two great loves were God and her family.
Pauline is survived by her 6 sons, 15 grandchildren, and 8 great-grandchildren; Norbert (Denise) and children Elisa (Brandon) with great-grandsons Merritt and Fynn; Daylan (Kaila) with great grand-daughter on the way; Ralph (Beth) and children Nicole, Aaron (Cathy) with great-grandson Noah, Nathan (Jade) with great-grandson Nash, Megan (Pat); Lorenz and children Sara, Joshua (Kim) with great grandchildren Max, Hazel & Felix, Josef, (Veronica); Hilmar; Paul (Sherri) and children Tyson (Ashley), Jeremiah and Kiann; and Mark (Beverly) and children Gregory, Jennifer and Ryan.
Pauline is also survived by her brother, Rudy (Julie) Hildebrandt, sister-in-law Mary (Richard Hildebrandt). She was predeceased by her parents Immanuel and Pauline Hildebrandt; brother Karl (Emma), sister Alwine (Ewald) and brother Richard.
In lieu of flowers, memorial donations may be made to the Alzheimer’s Society.
There will be a private family graveside service.
Everyone is welcome to attend a come-and-go Celebration of Life Reception from 12:30pm to 4:00pm on Monday, November 7, 2022 with a short program beginning at 1:00pm.
It will be held at the COUNTRY KITCHEN HALL (BELOW THE KEG), 1715 MAYOR MAGRATH DRIVE SOUTH, Lethbridge, Alberta.
Visit www.mbfunerals.com to send a condolence.