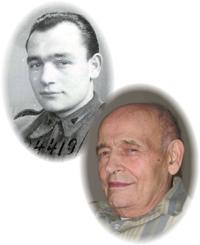 It is with profound sadness that we announce the passing of Mr. Tadeusz “Ted” Dumanowski on Friday, September 7th, 2012 at the age of 89 years.
Ted leaves to cherish his memory his children, Alex (Claudia) Dumanowski and Anita (Dan) Cameron, both of Medicine Hat; four grandchildren: Justin (Jenny-Rae Slyk) Cameron and their son, Lincoln; Alyssa Cameron; Mac Dumanowski; and Arlen Dumanowski; one brother, Cheslaw “Chester” (Zofia) Dumanowski of Medicine Hat; two sisters, Leokadia Barwacz of Oyen and Irena Bryg of Poland; one sister-in-law, Doris Dumanowski; numerous nieces and nephews; as well as Irena’s family in Poland. Ted was predeceased by his wife, Irena; his parents, Adam and Stefania Dumanowski; three brothers, Franciszek Dumanowski, Edward Dumanowski and Wladyslaw Dumanowski, in infancy; two sisters, Janina Dubiel and Eleonara Stolarchuk; one sister-in-law, Sabina Dumanowski; and two brothers-in-law, Juzef Stolarchuk and Stanislaw Dubiel.
Ted was born in Roza, Poland on December 9th, 1922 and was raised on a farm. In September 1939, German and Russian troops invaded Poland and in short order Ted and his family were sent to Siberia to work in slave labor conditions where many perished. In 1942, Ted and his brother, Frank, were allowed to leave for England via a deal made with the Polish Government in Exile in London, England. They joined the Free Polish Army, and trained around Edinburgh, Scotland. Ted was trained as an anti-tank gunner, and in July 1944 landed in France and fought in brutal battles around Caen and in the famous “Battle of the Falaise Gap.” Ted was wounded in action but recovered and continued the campaign in France, Holland and into Germany under the leadership of General Bernard Montgomery.
After the war, Ted settled in England and worked for Peterborough Motors, then immigrated to Canada in 1958. He settled in Chinook, Alberta where he farmed with his brother, and did mechanical work. He later worked for Bosch Motors in Oyen, Alberta until 1966, then Bishoff Motors until 1978. Ted married Irene in 1965 and had two children: Alex in 1967 and Anita in 1968.
In 1978, the family moved to Medicine Hat where Ted worked for JSPBL as a mechanic until retirement in 1983. Ted enjoyed watching his children grow up, their graduations, and later, their marriages. He loved his grandchildren with all his heart and he showed them how to plant and tend a garden, a passion he pursued until ill health emerged. In 2007, his wife passed away and he continued the good fight with spirit and determination until his passing. Ted held a deep appreciation for nature. “Take care of the land and it will take care of you,” he always said. That will be his legacy.
Those wishing to pay their respects may do so at SAAMIS MEMORIAL FUNERAL CHAPEL, #1 Dunmore Road SE, on Thursday from 1:00 to 5:00 p.m. and from 6:30 to 9:00 p.m. Vigil Rites (prayers) will be said at SAAMIS MEMORIAL FUNERAL CHAPEL, on Thursday, September 13th, 2012 at 7:30 p.m. The Funeral Mass will be celebrated in HOLY FAMILY PARISH, 1451 Strachan Road SE, on Friday, September 14th, 2012, at 11:00 a.m. with Father Philip Le, celebrant. Interment will follow in the Roman Catholic Section at Hillside Cemetery. Memorial gifts in Ted’s memory may be made to the Alberta Lung Association, P.O. Box 4500, Station South, Edmonton, Alberta, T6E 9Z9, or to the Alberta Heart & Stroke Foundation, 124, 430 – 6th Avenue SE, Medicine Hat, Alberta, T1A 2S8. Condolences may be sent through www.saamis.com, www.gonebutnotforgotten.ca or to condolences@saamis.com subject heading Ted Dumanowski. Funeral arrangements are entrusted to SAAMIS MEMORIAL FUNERAL CHAPEL AND CREMATORIUM, “The Chapel in the Park”, locally owned and directed. Should you wish any additional information, please telephone (403)528-2599