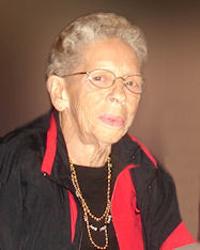 Janet Rosie Gustavson of Red Deer, passed away on Thursday, October 25, 2012, at the age of 77 years. She leaves to cherish her memory two children, Mark Gustavson (Kristine Vigeant) and Carol (Bryce) Hume, and daughters-in-law Rhonda Gustavson (Doug Abel) and Wendy Wutch; six grandchildren, Ryan (Jesseca), Heather, Deanna, Dillon, Scott and Regan; and one brother Jock (Delores) Scott. She was predeceased by her parents, Bertha and Bill Scott; her husband Glenn in 1982 and her partner Steve Grona in 2007; two sons, Danny and Garth as well as one grandson, Tyler Gustavson. Janet was born in Medicine Hat on April 21, 1935 and was raised and educated in Tilley, Alberta where she married Glenn in 1955. They moved to Medicine Hat where they raised their four children. For years, Janet worked in the kitchen at the Medicine Hat Auxiliary Hospital and later went on to manage the restaurant and kitchen at the Bay until her retirement in 1996. After her retirement Janet and Steve enjoyed many happy summers taking care of their beautiful lot out at Rattlesnack Lake. After Steve passed away she moved to Red Deer because of deteriorating health and to be closer to her family. The funeral service will be held in the PATTISON CHAPEL on Thursday, November 1, 2012 at 1:30 p.m. with Life Celebrant, David Townsend. As an expression of sympathy donations may be made to the charity of your choice . To e-mail an expression of sympathy, please direct it to: pattfh@telusplanet.net subject heading: Janet Gustavson, or you may visit www.gonebutnotforgotten.ca and leave a message of condolence. Funeral Arrangements are by the PATTISON FUNERAL HOME AND CREMATORIUM 540 South Railway St. SE, Medicine Hat T1A 4C2

No Condolences for “GUSTAVSON”