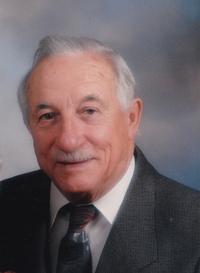 Mr. Peter Condon, beloved husband of Mrs. Joyce Condon of Medicine Hat, passed away on Wednesday, January 16th, 2013 at the age of 92 years. Peter also leaves to cherish his memory three sons, Andrew (Karen) Condon of Toronto, Richard (Judy) Condon of Calgary and David (Janice) Condon of Medicine Hat; three grandchildren, Eric, Scott and Rachel; one sister, Joan Condon of England; and one sister-in-law, Jean Condon of England. Peter was predeceased by his parents, William and Edith Condon; and two brothers, Richard and Stephen. Peter was born on December 10th, 1920 in London, England where he was raised and educated. During WWII Peter served from 1939 until 1946 with the Royal Northumberland Fusiliers; later with #3 Commando Brigade in Italy. Peter married Joyce Appleyard on August 13th, 1949 in Poole, England and they have been married for 63 years. He started his teacher training in England before immigrating to Canada in 1956. It was at the University of Calgary and University of Edmonton where Peter finished his Teaching Degree. He taught in the Medicine Hat School District #76 from 1959 until 1985, when he retired as Principal. Following retirement Peter obtained a B. A. in History from Athabasca University. Peter also served on the Medicine Hat Regional Hospital Board for 22 years. Peter enjoyed many sports in his younger days. He loved to walk, hike and travel. Peter also loved reading, music and was a member of the Medicine Hat Art Club, the Medicine Hat Civic Theatre and the Medicine Hat Musical Theatre. He will be fondly remembered and forever missed by all those who knew him.
Finis
I strove with none, for none was worth my strife,
Nature I loved and, next to Nature, Art:
I warm’d both hands before the fire of life;
It sinks, and I am ready to depart.
by Walter Savage Landor
The Memorial Service will be held in FIFTH AVENUE MEMORIAL UNITED CHURCH, 476 – 4th Street SE, on Saturday, January 19th, 2013 at 2:00 p.m. with Reverend Kevin Johnston officiating. Memorial gifts in Peter’s memory may be made to the Medicine Hat Public Library, 414 – 1st Street SE, Medicine Hat, Alberta, T1A 0A8 or to the Medicine Hat College, Conservatory of Music and Dance, Music Scholarship Program, 299 College Drive SE, Medicine Hat, Alberta, T1A 3Y6. Condolences may be sent through www.saamis.com or www.gonebutnotforgotten.ca or to condolences@saamis.com subject heading Peter Condon. Radio funeral announcement can be heard on Friday around 12:35 p.m. on 93.7 Praise FM. Funeral arrangements are entrusted to SAAMIS MEMORIAL FUNERAL CHAPEL AND CREMATORIUM, “The Chapel in the Park”, locally owned and directed. Should you wish any additional information, please telephone (403)528-2599