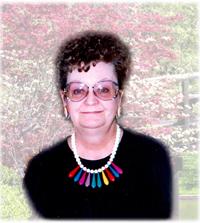 Marilyn Beatrice Csikany beloved wife of Leslie Csikany passed away while at home holding Leslie’s hand on, February 3, 2013, at the age of 75 years.  She was born in Calgary to George and Olive Desharnais and was raised in and around Indus and Suffield areas.  Marilyn was a stay at home mom until 1979 when she decided to get out in the world and began working as a hostess at Tops Pizza, later at Feliches Restaurant, then at Phils and the Black Angus.  Her connection at each of these restaurants gained her much respect and admiration with the patrons and staff alike, whereby creating many long lasting friendships.  Marilyn was extremely honest, genuine, caring and loving. She took great pride in her appearance and loved big jewelry.  Marilyn was a great cook and loved to bake, often listening to Engelbert Humperdinck while watching Wayne Gretzky on TV.  She adored playing with the family pets, coffee time, shopping at Rabers, car trips with Leslie, her jewelry, Faulty Towers, picnic in the parks and admired her crystals and diamonds.  Marilyn was happiest when her family was all together.  Her time with Leslie was second to none.  They were inseparable in their retirement years, even holding hands while they slept.  He would reach out for her hand, which was beautiful, even when nothing was there.  Leslie dedicated his life to making sure Marilyn was always taken care of.  We should all be blessed to have a “Leslie” in our lives.  Forever cherished in their hearts are Marilyn’s family;  husband, Leslie;  children, Pamela (Glen) Heinz, Leonard (Penny) Heilman, Cory (Angy) Csikany;  grandchildren, Christopher MacDonald, Justin (Tara) MacDonald, Garon Heinz, Jenna (Nick) Rose, Landon (Miranda) Heilman, Tristan Cybertowicz and great-grandson, Nixon Rose;  sons-in-law, Mike Madigan & Dave MacDonald;  siblings, Leonard Desharnais, Judy (Gary) Sutherland;  sister-in-law, Florence Desharnais;  nieces and nephews, Lisa, Michelle, Monique, Candy, Billy;  long time friends, Leslie & Irene, George & Elsa, Helen & Arthur, Florence Heinz, Marlene & Marvin, Glen & Carol as well as many others.  Marilyn was predeceased by her parents, George & Olive Desharnais; daughter, Patricia Madigan and sister-in-law, Polly Desharnais.  The family wish to thank Home-Care, Dr. Cameron and Kim for all their help. Special thanks to Pam, personal care-taker who helped Marilyn and Leslie many times over.  The family will gather at a later date to honor their mother. (Condolences may be expressed by visiting www.cooksouthland.com)  If friends so desire, memorial tributes in memory of Marilyn may be made directly to the SPCA, 55 Southwest Drive S.W., Medicine Hat, Alberta, T1A 8E8.   Honoured to serve the family is Cook Southland Funeral Chapel, 901 – 13 Street S.W., Medicine Hat, Alberta  T1A 4V4  Phone 403-527-6455.